There’s a lot of false, misleading, or irrelevant numbers being thrown around about guns and crime, so here’s a brief guide to four potentially misleading types of statistics.

1. “The United States has a gun for every person.”

It’s practically a rule that every report about guns has to mention some version of this statistic. There are “300 million guns in the United States,” “one gun for every person,” “more guns than people.”

This number is problematic not just because the estimates are dodgy (nobody really knows how many guns there are — estimates range from 250–350 million) but also because of the way guns per capita is used interchangeably with the rate of gun ownership.

Confusing the two is a common mistake. Reported increases in guns per capita often makes it appear that a tidal wave of guns is washing over the country. The Washington Post’s Wonkblog sounds the alarm that there are now “more guns than people.” Sounds scary — we’re outnumbered!

Yes, maybe if you collected all the guns in the country, you could give one to each man, woman, and child, and maybe there’d even be some left over. But this isn’t how gun ownership works. Just because there’s “one gun for everyone” doesn’t mean everyone has a gun. (Easy way to check this: look around you — see any guns? No? Okay then.)

The “one gun for every person” factoid is ubiquitous because it’s easy to remember and hammers home just how many guns there are. There’s some value in pointing out the huge total number of firearms in the United States — it captures the sheer scale of the issue when people are talking about trying to regulate, control, or confiscate them.

But it’s misleading to use the per capita figure to measure the kind of prevalence of guns that matters: how many people actually have firearms?

According to the GSS, just 31 percent of Americans live in a household with a gun — down from over 50 percent in the late 1970s — and only 22 percent personally own a gun. How can this be? Because most gun owners have more than one (and stores and collectors have a whole bunch).

2. “The US has the highest rate of gun ownership in the world.”

Kinda, sorta, probly, maybe? This again is based on the number of guns per capita. This, at least, is unequivocally clear: whatever estimate you use, the United States has more guns per person than anywhere else.

But that doesn’t necessarily mean that the rate of ownership is higher here than in other countries, even countries with a lot fewer guns per capita.

How could that be? First, survey data for a lot of countries (particularly poor or repressed countries) is dodgy, hard to collect, outdated, and there are lot of unreported or illegal firearms. But more important, again, is the issue with conflating guns per capita with the rate of gun ownership.

Depending on the year and the estimate, the US has between 79 and 113 guns per 100 people. (Note the difficulty of getting an accurate figure, even in a developed country like the United States.)

For simplicity’s sake, let’s use the most commonly cited estimate from the 2007 international Small Arms Survey (SAS): about 88 guns per 100 people.

In the same SAS, Yemen comes second with an average estimate of about 55 guns per 100 people (low estimate: 29; high estimate: 81).

Yet this doesn’t necessarily mean that the US has a higher rate of gun ownership. Remember, in the US, only one third of people live in households with guns, and only about one fifth personally own guns.

There are several ways that Yemen could have a higher rate of gun ownership.

First, guns could be more evenly distributed: Yemen is poor, and guns are expensive, so it might be that in poor countries, more families have guns, but each owns fewer on average. (For instance, some sources claim, even under Saddam Hussein, most Iraqi households had a gun.)

Second, the average American household has 2.6 people; Yemen has 6.7 — meaning that if someone owns a gun, three times more people live in that household in Yemen than in the US, on average, meaning that the household gun ownership rate could be a lot higher.

Third, the median age in Yemen is 18.6 years; in the US, it’s 37.6 years. Relative to population, Yemen has a lot more children than the US, so the rate of gun ownership among adults could be higher than in the US.

Serbia is also sometimes cited as having the second most guns per capita, but it’s hard to know because estimates vary so widely. According a report from Radio Free Europe, “Some 15 percent of Serbia’s citizens legally own firearms.” Serbs have 1.2 million legally registered firearms, but some estimates of illegal firearms more than double that figure to 2.7 million guns.

Assuming that the legal gun owners don’t also own all of the illegal guns, illegal weapons could easily make the actual rate of gun ownership among Serbia’s seven million people higher than the US rate of 22 percent.

The same could also be true in developed countries like Switzerland and Finland (each with an estimated 45 guns per 100 people).

It’s definitely true that the US has the most guns in the world, but it isn’t certain that it has the highest rate of gun ownership.

What does this imply? I suspect it means very little — making uncontrolled international comparisons is generally deceptive — but given the ubiquity of the claim, a lot of people seem to think it matters a great deal to their argument. That it isn’t clearthis claim even is a fact should, perhaps, give them pause.

The Washington Post’s Fact Checker gave President Obama “two pinocchios”(signifying “significant omissions and/or exaggerations”) for his claim that “states with the most gun laws tend to have the fewest gun deaths.”

Setting aside the ambiguity of what it means to have the “most gun laws,” let’s pay attention to that last phrase. You’ll hear “gun deaths” or “gun-related deaths” referenced a lot when discussing statistics on shootings and gun control.

But, as Reason’s Jacob Sullum points out, about two-thirds of gun deaths are suicides.

While suicide is an important issue, it has nothing to do with crime, murder, or mass shootings. (And the research is mixed about whether restricting gun ownership reduces suicide.) Lumping suicide in with murder roughly triples the number of “gun deaths,” but it’s a deceptive way to look at the problem of violence committed with guns.

Both Sullum and WaPo’s fact checkers found that when you only look at states’ rate of gun homicides, excluding suicides, it makes a huge difference:

Alaska, ranked 50th [the highest in rate of gun deaths]… moved up to 25th place. Utah, 31st on the list, jumped to 8th place. Hawaii remains in 1st place, but the top six now include Vermont, New Hampshire, South Dakota, Iowa and Maine. Indeed, half of the 10 states with the lowest gun-death rates turn out to be states with less-restrictive gun laws.

Meanwhile, Maryland — a more urban state — fell from 15th place to 45th, even though it has very tough gun laws. Illinois dropped from 11th place to 38th, and New York fell from 3rd to 15th.

Suicide and murder have very different causes, consequences, and solutions, and they should always be discussed separately. When they aren’t, it’s a good time to be skeptical.

This is a popular genre of pseudo-statistics, in which people throw together two totally unrelated numbers to try to inflate or downplay one of them.

For instance, the New York Times’s Nicholas Kristof claims, “In America, more preschoolers are shot dead each year (82 in 2013) than police officers are in the line of duty (27 in 2013).”

This is so irrelevant and so meaningless that I’m at a loss as to how it even occurred to Kristof to make this comparison. It serves no purpose at all but to emotionally rig the conversation.

There are maybe several hundred thousand police officers in the United States. There are 20 million children under age five.

What on earth could it mean that there are more preschoolers who die from guns than police killed in the line of duty? Do we have some reason to expect there should be a relationship, higher or lower or parity, between those numbers?

Or is it just that any number of tragedies above zero is going to churn up people’s emotions?

We’re not even comparing the same things: 27 felony murders of police with 82 gun-related deaths of children under five. According to the CDC, 30 of the gun-related deaths were accidents and one was “undetermined intent,” so there were actually 51 felony shooting deaths (typically, stray bullets from other crimes).

Kristof also used the 2013 figure for police murders, but 2013 was an aberrantly low year for cop killings. In 2014, 51 officers were killed in the line of duty; in 2011, it was 72. Presumably he thought it made a better comparison, but it’s just false to say 27 police are killed “each year.” Since 1980, the average is 64 officers killed each year.

What does this prove about the risk of gun violence? Absolutely nothing. And it is precisely as meaningful as Kristof’s comparison, or the common refrain that “more Americans have been murdered with guns in the last X years than in X wars.” There’s not even a suggestion about how these numbers should be related.

What does this mean for the debate about water-related activities? Less than nothing.

There’s no denying America has a lot of guns and a lot of gun crime (although much less than it used to). But numbers won’t tell us what to make of these facts. First, the raw facts of our situation are not as clear as we think, and to the extent we understand them, they don’t tell us much about our policy options. They won’t tell us what weshould do about gun crime, or if there’s anything we constitutionally can do (with respect to gun ownership), or if those things sacrifice other important values.

Yet, too often, the debate consists of flinging random numbers and dubious statisticsaround and then emoting about them. Noting these problematic figures doesn’t prove anything one way or another about any particular policy; instead, let’s first clear out the rubbish so we can actually see the ground we’re fighting over. 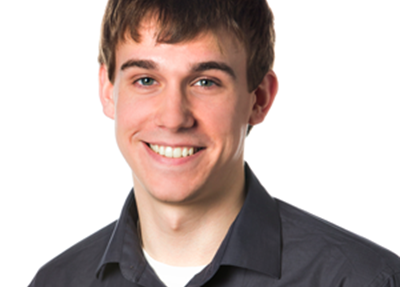 Daniel Bier is the editor of FEE.org. He writes on issues relating to science, civil liberties, and economic freedom.