You are at:Home»General»5 Reasons Banning Refugees Will Make Us Less Safe
March 25, 2016 General

In the wake of the ISIS terrorist attack in Brussels, some US politicians are already calling for a ban of refugees and immigrants from countries in which ISIS controls territory. Rather than justifying a refugee ban, this latest attack should act as a reminder why the United States should take the lead on welcoming those fleeing ISIS terrorism. Accepting refugees is clearly important from a humanitarian standpoint, but it is also good for America’s national security.

While there is no evidence that any Syrians were involved in the Brussels attack, we know that the threat from refugees to the United States is entirely overblown. Since 1980, when the US began its modern refugee program, the US has accepted almost 3 million refugees, including hundreds of thousands from the Middle East, and not one has successfully carried out an act of terrorism in the United States.

But the logical question is, why take any risk at all? But this question gets it backward: turning away refugees would actually make America less safe.

The US has killed over 20,000 ISIS fighters in its air campaign, and yet the group’s size has been largely unaffected, hovering between 25,000 and 30,000. This means that the only thing keeping the Islamic State alive is recruiting new fighters. Its recruitment of foreigners from the West focuses on the grandeur of its “caliphate.” Refugees, however, carry a very different message: that the supposed divine kingdom is a fraud and disaster, a total failure.

One escapee from the Islamic State told the New York Times, “People heard good words from them but didn’t see anything good come out of it.” Another said, “We thought they wanted to get rid of the regime, but they turned out to be thieves.”

Refugees warn off foreign fighters who might be tempted to join the terrorist organization. One refugee resettled in the United States said, “Before the war, life in Syria was heaven on Earth… safe and secure… After that, we were targeted, so we had no choice but to leave.” There’s never been a better anti-ISIS ad than that.

The Islamic State’s army relies on a population to exploit. “Islamic State takes in more than $1 million per day in extortion and taxation,” the New York Timesreports. It finds that “a broad consensus has emerged that its biggest source of cash appears to be the people it rules.”

A huge number of people are fleeing its state to avoid the extortion. It’s one reason that ISIS hates the refugees who leave its pseudo-state. “ISIS would not let us leave,” one told the Times. “They said, ‘You are going to the infidels.’” Making the “infidels” more attractive than ISIS is the key to winning this fight. Fortunately, many are escaping. “So many people are migrating,” one ex-ISIS resident said, “ISIS wants to build a new society, but they’ll end up alone.” Good.

ISIS propaganda portrays the West as an anti-Muslim cabal. Muslims fleeing ISIS territory are told that they “will be forced to convert to Christianity, in exchange for money or citizenship.” Accepting refugees refutes this narrative.

In the process, it undermines the Islamic State’s credibility and bolsters America’s reputation in the region. It flips the story. Instead of the anti-Muslim violent crusaders, the United States becomes a safe haven for fugitives from a terrorist regime. One Syrian who was resettled in the United States told the Las Vegas Sun that despite their initial perception, “When we came here, we liked it.”

ISIS has said that its attacks on the West are specifically intended to “compel the Crusaders to actively destroy the grayzone themselves,” forcing western Muslims to “either apostatize… or [emigrate]to the Islamic State and thereby escape persecution from the Crusader governments and citizens.”

They want America to overreact and reject potential Muslim allies. Arguing that Muslim refugees fleeing ISIS-held areas should only be accepted by Muslim countries, as Ted Cruz says, or deporting those the United States has already accepted, as Donald Trump has promised to do, would appear to verify the ISIS narrative, rather than rebut it.

5. Accepting refugees provides the US with valuable intelligence against ISIS.

Americans should not view Syrian refugees as enemies, but as assets to our cause. The US has much to gain by accepting them and much to lose by rejecting them. Humanitarianism is an important reason to accept refugees, but foreign policy is no less significant.

A version of this post first appeared at the Niskanen Center. 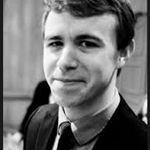 Dave Bier is an immigration policy analyst at the Niskanen Center. He is an expert on visa reform, border security, and interior enforcement.