Fox News viewers responded to a poll in which 67% percent indicated they supported providing air cover that would assist the Islamic State and Al-Qaeda. Of course, it wasn’t phrased that way. Fox asked if viewers supported bombing Syria. Since Fox News does such a horrible job informing its viewers, it’s a safe bet the viewers were unaware of the implications of their support. The viewers probably don’t understand that Assad is fighting the Islamic State and Al-Qaeda.

The viewers probably see their support for the bombings as simply “supporting the troops”. The reality is that any American supporting attacks on Assad’s regime is betraying those same troops they hope to support. Understand that by supporting attacks against Assad, Americans are weakening the force fighting ISIS and Al-Qaeda. Attacks against Assad’s forces are quite literally serving as air support for those who have been killing American soldiers for the last decade and a half.

Supporting attacks against the Syria government is a slap in the face to the family of every dead soldier, sailor, marine, and airman. US foreign policy is focusing on destabilizing Assad. Nothing more. It’s irrelevant that it requires assisting the very groups and men who killed American soldiers. 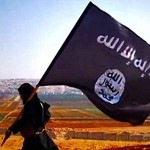 If you support American forces attacking Assad, you need to walk outside and remove that yellow ribbon bumper sticker from your vehicle. You don’t care in the slightest for the American soldier. You don’t care about the contractors who literally lost their heads at the hands of the insurgency in Iraq. You don’t care about the victims of 9/11. You care only about partisan politics. Are you willing to betray the fallen to siimply continue supporting a political candidate?

An additional tip for those who participate in these polls on Fox News: If you are too ill-informed to know the parties involved in a conflict, you probably shouldn’t be voting to kill people.