It’s expected to happen today: The President of the United States will order the construction of a 2000-mile long wall stretching across the nation’s southern border. While exact specifications of the wall are unknown, what is known is the cost of a single layer fence running the length of the border along with accompanying roads and fencing at checkpoints is $21,400,000,000. That’s not a wall, just a single fence. This cost doesn’t include maintenance, which would undoubtedly be enormous.

The cost isn’t the only problem with the wall, especially since despite the President’s outlandish claims, Mexico has repeatedly said it will not pay for the wall. The other problems range from the logistical to very concept.

It’s unnecessary: Apprehensions of aliens crossing the southern border are at their lowest levels in more than 40 years. In fact, in recent years, more Mexicans are leaving than coming. There are 160,000 less within US borders today than there were in 2005. Mexico’s fertility rate has dropped like a rock. The country is no longer experiencing a population explosion, in fact, it’s almost static. Therefore, they are staying home.

Walls are on the ground: Seems like an obvious statement, right? Apparently, it’s not. Depending on the estimate or study, 40% to 60% of illegals in the United States are here because of visa overstays. Most people who arrive with a visa fly into the country. Planes typically fly over walls without much trouble. After reading dozens of studies, I feel 40% is probably the most accurate figure. Trump’s anti-immigration centerpiece doesn’t address almost half of illegals.

Walls are on the ground: Yes, again. Walls are on the ground. The Mexican cartels have become the most ingenious tunnel-builders since the Viet Cong. They’re already using them to defeat drones. Remember, that the $21 billion dollar figure is for building a fence, not a massive wall that runs 20-feet underground. Even if it did, 21-feet isn’t really that much deeper. So instead of nonviolent Mexicans walking across the border, they will now enlist the help of the smuggling cartels, who will be happy to meet this new demand. The United States learned nothing from the War on Drugs. If there is a demand, it will be filled. The profits go up, and the money becomes a motive to murder law enforcement who get in the way. 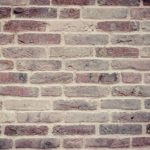 Walls and fences can be breached: As an Immigration officer stated, “As an ICE officer, I visited the wall along the San Diego and Tijuana border, and saw portions blasted by smugglers only to be rebuilt over and over again on the taxpayers’ dime. How many times would Trump try to rebuild his multibillion dollar wall? Once? Ten times?”

It might increase illegal residents: Many illegals cross the border, work for a few months, then return to Mexico. Once the wall is up, those immigrants who honestly just come here to do the jobs Americans won’t may find it better to stay in the United States than risk another crossing. In the ultimate form of poetic justice, the wall meant to stop illegal immigration may increase it.

The TSA: After 9/11, Americans clamored for airport security as a method of stopping terrorists. This agency fails 95% of the time. In its entire history, there hasn’t been a case of the TSA stopping attacks. 9/11 did what Trump’s fear-mongering has done. It scared the American people into supporting something they know will be ineffective. This wall will be the utter disaster the TSA is. It will be expensive, bloated, militarized, and an utter failure.

Freedom: Walls have two sides. Just as the TSA was supposed to help protect you from those who hate you for your freedoms but then morphed into a grossly invasive federal agency with almost no accountability, the wall and the militarized presence that must accompany it will be turned on you.

The American people were sold by recycled slogans from the 80s and the nostalgia of a President who spoke as if the Cold War was still happening. He told Americans what to be afraid of and they were. He packaged and sold a concept that is false. He sold Americans on living in Fort Freedom. The problem is the only difference between a fort and a prison is which side of the door locks.