You are at:Home»Freedom»Airbnb: Regulation without Government
April 21, 2016 Freedom

Does Airbnb allow landlords to run unregulated hotels? A January report from the American Hotel and Lodging Association says yes: “From Air Mattresses to Unregulated Business: An Analysis of the Other Side of Airbnb.” But the terms chosen for the report assume a choice between political regulation and noregulation. This is a false choice.

The market process generates countless mechanisms to “regulate” business transactions. Once we know what to look for, we see that not only isprivate regulation possible, but we have every reason to prefer it to political regulation. The case of Airbnb is a perfect example.

During my recent participation in the“Free Market Road Show” in Europe, I was on a panel discussing the sharing economy. In context, it became clear that the other panelists and I were supposed to contrast the benefits of operations such as Uber and Airbnb with the potential downsides. An audience member worried that landlords renting out rooms through Airbnb didn’t face the same safety codes and other regulations as commercial hotels, and that this was therefore unfair competition that was potentially dangerous.

Rather than directly respond, I first asked the audience to imagine we were designing from scratch an ideal regulatory system for room rentals.

What would an ideal system look like? First, we would want it to have sensiblerules that reduced or eliminated truly serious hazards. We would also want it to avoid absurd rules that did little to make things safer while greatly escalating expenses.

To better understand what “sensible” and “absurd” mean in this context, we must consider the underlying trade-off: the risks of fire, building collapse, and the like are only a few determinants of the quality of the renter’s experience. In addition to desiring safety along these lines, the renter cares about room size, bed size, the view from the window, whether there is a bathroom, the Internet connection, if breakfast is served, and, of course, the price that the owner charges.

If potential renters had perfect information and deliberated over such decisions with the discipline of a samurai, there would be little need for external rules or regulation. Owners could offer rooms of varying attributes (including price), and each renter would pick the option that he or she liked best. There would be no surprises or regret.

In reality, it is difficult for renters to ascertain whether a room in another city has cockroaches, or the likelihood that one’s car will be stolen if parked outside that building. Furthermore, some people might not have the willpower or wisdom to pay $1 more for a room that has a smoke alarm, rather than a cheaper room that is a death trap in the (unlikely) event of a fire. In this world, we can imagine that without regulation, renters might end up in less desirable rooms than they’d been expecting and would occasionally realize they had made a foolish mistake by not paying enough attention to a certain risk.

Within this framework, then, we can loosely define a sensible rule as one that may increase the final price to the renter, but only by providing more benefits that he or she would voluntarily pay for, if acting on the basis of complete knowledge and in one’s own long-run interest.

In contrast, an absurd rule is one that forces owners to alter the mix of room attributes in a way that raises the total price more than the renter would be willing to pay for the increase in perceived value, even taking into account the initial lack of knowledge and the human foibles of shortsightedness and weak willpower.

But we can’t stop here when constructing our ideal regulatory framework from scratch. Now that we have a general idea of the type of rules we want it to generate, we need to be realistic about how these rules will be generated. For example, we definitely want the system to be quick in its ability to adapt to new information. If it turns out that the system lacks a sensible rule, then that rule should be added. If it becomes apparent that the system had previously issued an absurd rule, then there should be a way for that rule to be discarded. These adjustments shouldn’t take years to implement, lest the room rental market be stuck in a framework that allowed situations that were too risky (as judged by the consumers’ underlying preferences) or that were too expensive.

Finally, our ideal system would not rely on a small group of individuals to decide which rules were sensible and which were absurd. We’d want our ideal system to draw on the wisdom ofthe community as a whole, at least in principle.

Believe it or not, I’ve just designed a system that relies on Airbnb (and competitors) to “regulate” room rentals. Now, Airbnb operates in a regulatory environment provided by governments (pertaining to residential, not necessarily commercial, properties), so we can’t directly observe how a system relying on companies like Airbnb would operate in a complete vacuum of political regulation. But we can see the incentives for it to operate along the lines I’ve sketched, when thinking in the abstract about an ideal regulatory system.

Airbnb would never require its owners to submit to absurd rules. For example, Airbnb would never say, “To be listed on our website, your bathroom must have a sign posted saying, ‘Employees must wash hands,’” and Airbnb wouldn’t require all listed upstairs bedrooms to have an elevator for wheelchair access.

On the other hand, if Airbnb (or a company like it) realized that one of its listed properties had experienced a fire or a violent crime, or had provided breakfast that made the tenant rush to the hospital, then the company would immediately respond by taking the property off the website to investigate further. If it realized, say, that orange juice made by a certain company was giving people food poisoning, Airbnb might alert all of its landlords in the affected region and not steer customers to those rooms until it was satisfied that the problem had been addressed.

These types of tweaks to the “regulations” Airbnb imposed on the rooms offered for rent through its website would happen quickly in response to new information. Furthermore, Airbnb would be drawing on reports from the whole community of users. Finally, if Airbnb made incompetent or corrupt decisions, then owners or tenants could switch to competing companies offering similar services. The whole system would often produce screw-ups and perhaps, on rare occasion, even tragedies, as does government regulation. But the private system would quickly adapt in each case so that over time, property owners would offer reasonably safe, quality rooms at affordable prices to consumers.

With political regulation, there is little hope of weeding out absurd regulations, such as having to provide for handicapped parking according to a formula that results in many vacant spots, or requiring schools to install a $900,000 sprinkler system for the whole building if they just want to add one modular unit to ease overcrowding.

At any given moment, political regulation lies in the hands of a few individuals, who lack the incentives and the knowledge to move the system in the right direction. In principle, the community as a whole can influence things via elections (at least in democratic societies), but elections are infrequent and involve many issues besides building safety codes. 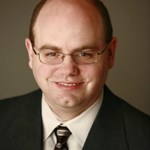