The Bureau of Alcohol, Tobacco, Firearms, and Explosives (commonly called the “ATF”) has created a white paper to discuss loosening federal regulations related to firearms. The paper directly addresses hot-button topics such as suppressors, gun show dealers, armor piercing ammunition, assault weapons, and so on. Deregulating suppressors will certainly cause an uproar from the Democratic side of the aisle, but the Bureau’s new view of “assault weapons” will be even more polarizing.

One of the more interesting concepts in the paper is an apparent admission from ATF that rifles deemed “assault weapons” are, in fact, not. The paper cites a change in consumer habits and notes that designs considered “assault weapons” 20 years ago are, today, part of the normal sporting community’s weapon choices. It states that popular weapon designs such as the AK-style and AR-15 are “now standard for hunting activities.”

Since the sunset of the Assault Weapons ban in 2004, the use of AR-15s, AK-style, and similar rifles now commonly referred to as “modern sporting rifles” has increased exponentially in sport shooting. These firearm types are now standard for hunting activities. ATF could re-examine its almost 20-yearold study to bring it up to date with the sport shooting landscape of today, which is vastly different than what it was years ago. Action shooting sports and organizations such as 3 Gun and the United States Practical Shooting Association (USPSA) have also drastically expanded in recent years. Restriction on imports serves questionable public safety interests, as these rifles are already generally legally available for manufacture and ownership in the United States. Low cost foreign made firearms are also still imported and converted into “non-sporting” configurations. 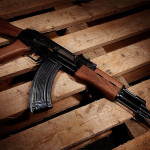 Firearm enthusiasts have long held that the AR-15 is not “high-powered” nor any more dangerous than a standard modern rifle. This is indisputably true. They have also held the belief that AR-15s are more commonly used in mass shootings simply because it’s a popular rifle. This is mostly true. The AR-15 is an extremely popular rifle within the United States, however, so is the Ruger 10/22, which is rarely used in mass shootings. It’s more than just popularity, but not much more. The loosening of firearm restrictions as described in the paper and the discussion that comes with the attempt to do so will certainly shed a lot of light on the propaganda pushed by both pro- and anti-gun lobbies over the last few decades.

You can read the whole paper here.