You are at:Home»Politics»How a Bill Becomes… a Way to Loot Taxpayers
April 5, 2016 Politics

Two articles in the same section of the Washington Post remind us of how government actually works. First, on page B1 we learn that it pays to know the mayor:

D.C. Mayor Muriel E. Bowser has pitched her plan to create family homeless shelters in almost every ward of the city as an equitable way for the community to share the burden of caring for the neediest residents.

But records show that most of the private properties proposed as shelter sites are owned or at least partly controlled by major donors to the mayor. And experts have calculated that the city leases­ would increase the assessed value of those properties by as much as 10 times for that small group of landowners and developers.

Then on B5 an obituary for Martin O. Sabo, who was chairman of the House Budget Committee and a high-ranking member of the Appropriations Committee, reminds us of how federal tax dollars get allocated:

Politicians praised Mr. Sabo, a Norwegian Lutheran, for his understated manner and ability to deliver millions of dollars to the Twin Cities for road and housing projects, including the Hiawatha Avenue light-rail line and the Minneapolis Veterans Medical Center.

We all know the civics book story of how laws get made. Congress itself explains the process to young people in slightly less catchy language than Schoolhouse Rock:

Laws begin as ideas. These ideas may come from a Representative—or from a citizen like you. Citizens who have ideas for laws can contact their Representatives to discuss their ideas. If the Representatives agree, they research the ideas and write them into bills…

When the bill reaches committee, the committee members—groups of Representatives who are experts on topics such as agriculture, education, or international relations—review, research, and revise the bill before voting on whether or not to send the bill back to the House floor.

When the committee has approved a bill, it is sent—or reported—to the House floor. Once reported, a bill is ready to be debated by the U.S. House of Representatives.

Ah yes … an idea, from a citizen, which is then researched, and studied by experts, and debated by representatives, and closely examined and carefully considered. But it does help if you know the mayor, or if your representative has enough clout to slip goodies for his constituents into a bill — often without being researched, or studied by experts, or closely examined, or debated.

I wrote about this in The Libertarian Mind, in a chapter titled “What Big Government Is All About” — not the civics book version, but the way laws actually get made and money actually gets spent. 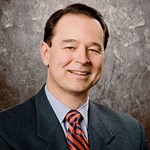