You are at:Home»Economics»Bitcoin Is Worth Far More than Its Price
January 12, 2018 Economics

Bitcoin hit its highest price ever in the past few months, going over $19,000 for a brief moment. In just one week, the cryptocurrency then crashed down more than 30 percent. The topic has made it to mainstream news, and almost everyone has a take on it.

Although many people on the Internet claim that they can correctly predict Bitcoin’s value years in advance, their claims should be taken with a grain of salt. Bitcoin’s value isn’t its power to make transactions or its investment appeal. It is the power to make people think about money and the relations that happen around it and the necessity of it being controlled by the state or any other authority.

What is the real value of Bitcoin? Is it $1,000 or $100,000? Some say that the price for one unit of the cryptocurrency will go well beyond $50,000 in 2018. Others are certain it is a bubble, that it doesn’t have any real value and is therefore bound to soon “pop.” It is not in my interest to determine whether it is a bubble or not; Bitcoin’s ultimate value has nothing to do with its current price in US Dollars or any other currency for that matter.

The digital currency was officially introduced in January 2009, and a brief explanation of the ideas behind the technology was presented in Bitcoin’s white paper, which is interpreted by many today as Bitcoin’s “constitution.” The ideas that led its mysterious creator Satoshi Nakamoto to create the cryptocurrency aren’t important in this analysis, but the consequences of the cryptocurrency are pertinent.

Over the years, Bitcoin has been adopted by people with very diverse backgrounds. Investors who look to make money with it, drug traffickers who benefit from its anonymity, and defenders of libertarian ideas who adopted the currency for its decentralized system. Currently, Bitcoin has barely any use as a currency as originally envisioned by Satoshi Nakamoto. The great majority of transactions are purely speculative, and Bitcoin is much closer to being an asset than an actual means of exchange. So why is it valued so high?

There is no clear answer. I suspect that many investors currently with positions on Bitcoin will realize that it has no practical use and will sell it off, leading the skeptics to euphoria. However, even now there are some exceptions to this profile of Bitcoin user. In Venezuela and Zimbabwe, monetary inflation has made Bitcoin a more stable and less volatile currency when compared to local alternatives. Many use Bitcoin mining to make a living, and others use it as a means of storing money. As a matter of fact, the price of Bitcoin in these countries, if converted to US Dollars, is even higher than in most online U.S. exchanges. This is supply and demand in its purest form.

However, Bitcoin’s utility doesn’t stop there. Its underlying technology, Blockchain, enables contracts and deals to be confirmed without the necessity of a third party such as banks, insurance companies, credit card companies, and so on. Becoming independent from these institutions would make agreements safer, more democratic, and more transparent. Blockchain could process information about votes, contracts, lists, and transactions without the need of a central authority in the system.

It still seems far-fetched to imagine that a technology so disruptive would have any real impact in the short term, and that may be right. However, Bitcoin’s price surge has brought mainstream attention to this type of idea, and that in itself carries much value. Bitcoin has made people understand the operation and running of currencies and has made people question the need for a central control of currencies. This movement toward cryptos has already been strong enough to push its value well beyond $15,000, $20,000 or even $50,000.

Regardless of Bitcoin’s dollar value, its underlying technology represents its real value to society. The skeptics and believers will always exist, but they seem to be focusing on the wrong aspect of the cryptocurrency right now. 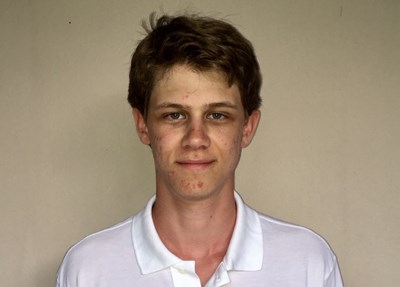 Felipe Nunes is a Campus Coordinator withStudents For Liberty (SFL) and a student at Boston College.