Instead of seeing driverless cars as a cheaper, safer, and more efficient mechanism to move people and goods, government bureaucrats are salivating at the possibility of inventing new and exciting ways to stifle innovation long before driverless cars even hit the market. As is so often the case, California leads the way.

What does California propose? First, prospective “drivers” will need a special state-issued certificate to operate a driverless car. To get it, they will need to complete a training regimen offered and paid for by the company that produced the car.

And these companies will not even be allowed to sell the product. Driverless cars will only be available for lease in the Golden State. Making matters worse, California has already mandated that all driverless cars have a driver, thereby missing the point of the new technology entirely. Companies producing driverless cars have had to retrofit their vehicles with pedals and steering wheels, neither of which was initially included, for obvious reasons. This situation is oddly reminiscent of early automobiles that came with fake horse heads hanging off their hoods.

As usual, reality has not made even the slightest dent in policy. Report after report, and much real-world experience, shows that driverless cars are much safer than human-driven cars. Former General Motors vice chairman Bob Lutz observes, “The autonomous car doesn’t drink, doesn’t do drugs, doesn’t text while driving, doesn’t get road rage.” They “don’t want to race other autonomous cars, and they don’t go to sleep.”

Lutz’s optimism has been reinforced by a recent report by the consulting firm McKinsey & Company, which concludes, “By midcentury, the penetration of AVs [autonomous vehicles]… could ultimately cause vehicle crashes in the US to fall.” By how much? McKinsey predicts a possible 90 percent reduction in road deaths as a result of driverless vehicle technology. This drop would save more than 28,000 lives annually.

It should come as no surprise that regulators’ first impulse is to regulate, but it is high time we all recognized their behavior for what it is. Every regulation we allow to happen in our name is, by definition, ceding more control of our lives to government.

In another era, regulators did everything in their power to keep automobiles off the road in the first place, in order to maintain the safety of horses and buggies. In the early 20th century, Pennsylvania’s government required that

any motorist who sights a team of horses coming toward him must pull well off the road, cover his car with a blanket or canvas that blends with the countryside, and let the horses pass. If the horses appear skittish, the motorist must take his car apart, piece by piece, and hide it under the nearest bushes.

Did the law save people’s lives from panicked horses? Please. What did the law accomplish? It kept people from adopting the new and better technology, just as California’s regulations will. Consumers will lose. Entrenched businesses, and the politicians they support in regulating their upstart competitors, will win. It will be regulatory business as usual. Other big winners from overregulation will include investors in high speed rail, like that being built from San Francisco to Los Angeles; engineering companies that produce and lay the rail; manufacturing companies that build the trains; commercial airlines that fly short routes and the airports that service them; and the Teamsters who get paid to drive vehicles from one place to another. Even local governments will benefit from restricting driverless cars. After all, these automobiles don’t disobey traffic laws and don’t need prime parking spaces. That means fewer fines.

California regulators are diabolically smart in getting regulations in place before driverless cars become popular. It’s far easier to keep regulations in place if no one knows what life looks like without them. Imagine if, when smartphones were invented, politicians required that every smartphone be tethered to the wall at all times, weigh at least two pounds, and be no smaller than a brick — all in the name of consumer safety. If politicians had put such regulations in place before the first smartphone was sold, people would have thought twice before buying them. And that’s undoubtedly the goal behind California’s push to regulate driverless cars. By the time the process is complete, there will be almost no difference between these high-tech vehicles and the cars we already have.

That’s what’s about to happen to what is perhaps the most life-changing technology since Steve Jobs put together a pocket-sized device that changed the world. And when it does, everyone with a vested interest in the transportation market, and the politicians in their hip pockets, will have won. The rest of us will be out of luck. 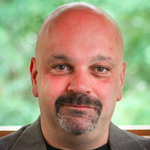 James R. Harrigan is the Director of Academic Programs at Strata, in Logan, Utah. 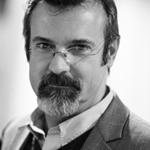 Antony Davies is an associate professor of economics at Duquesne University.