You are at:Home»Politics»Can We “Nudge” Clueless Voters to Make Better Decisions?
March 17, 2016 Politics

Widespread voter ignorance is one of the major shortcomings of modern democracy. It may be an even more serious problem in this year’s presidential campaign than in most other elections. Georgetown Professor John Hasnas and New School student Annette Hasnas have an interesting proposal to “nudge” voters into becoming better-informed:

A perennial complaint about our democracy is that too large a portion of the electorate is poorly informed about important political issues. This is the problem of the ignorant voter. Especially this year, with its multiplicity of candidates, keeping track of the candidates’ various, and often shifting, policy positions can be extraordinarily difficult. …

Isn’t there some way to nudge the voters into making more informed choices? Well, actually, yes, there is…

Imagine the following scenario. A bipartisan good government group creates a list of the most significant contemporary policy issues. It then invites all candidates to state their positions on the issues. In the current campaign, candidates could be invited to state where they stand on gay marriage, immigration, intervention in Syria, climate change, tax reform, the minimum wage, gun control, income inequality, etc.

This information would be collected and fed into the relevant election commission computer. When voters enter the voting booth, they would have the option of electronically recording their policy preferences on the same form that the candidates completed. The computer would display a ranking of the candidates on the basis of how closely their positions aligned with the voter’s. After receiving this information, voters would cast their ballots.

Our proposal is a nudge. It is completely non-coercive. No candidate would be required to complete the list of his or her policy positions, although refusing to do so might be viewed negatively by voters. No voter would be required to utilize the option… Yet, it makes it more likely that citizens will cast more informed votes than they do at present.

I very much share the Hasnas’ concern about political ignorance, and I think their proposal deserves serious consideration. There already are a number of websites where interested voters can compare their views to those of candidates.

But most rationally ignorant voters are unwilling to take the time and effort use them. What makes the Hasnas idea distinctive is that it puts this information before voters in a context where they are more likely to pay attention to it. Still, I have two significant reservations about it.

First, as with proposals to increase political knowledge by rewarding voters who score high on a “Voter Achievement Test,” the Hasnas proposal could easily be manipulated by incumbent parties and politicians. There are many ways in which the questions could be skewed to make it seem like the voters’ views align better with Party A than Party B or Candidate X relative to Candidate Y, even if that isn’t really the case. Bias could also easily infect the selection of issues to be included in the survey.

Second, even if the selection of issues and the wording of the questions were completely objective, the result might exacerbate the problem of political ignorance in some ways even as it diminishes it in others. Effectively implementing the Hasnas proposal would probably increase voters’ knowledge of the the candidates’ positions on issues, and thereby reduce the gap between voters’ views and those of elected officials.

But a major aspect of the problem of political ignorance is that voters’ views on issues are themselves heavily influenced by ignorance. For example, public opinion in both parties tends to be highly protectionist, even though economists across the political spectrum agree that free trade is generally good for the economy. This gap is in large part due to the public’s ignorance of basic economics and what economist Bryan Caplan calls “antiforeign bias” — suspicion and fear of economic activity involving foreigners that is usually seen as completely innocent if conducted by Americans.

Trade is just one of many issues on which majority public opinion is heavily influenced by ignorance. It is also often greatly skewed by bias in the evaluation of the little information most voters do know, which cuts across the political spectrum, and affects even those who are otherwise relatively sophisticated in their reasoning.

This doesn’t mean that majority opinion is always wrong. But it cautions against reforms that bring policy into closer alignment with public opinion without improving the quality of the latter. Such reforms could easily make policy worse rather than better. This is a particular danger in a world where the size and scope of government is so large that even the most attentive voters are likely to be ignorant about a high percentage of the issues addressed by political leaders.

Cross-posted from the Volokh Conspiracy. 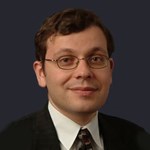 Ilya Somin is Professor of Law at George Mason University School of Law. He blogs at the Volokh Conspiracy.