You are at:Home»Politics»Can We Talk about Politics without Sounding like Jerks?
March 24, 2016 Politics

A lot of people — especially the kind of people who read blogs like this! — have very strong views about politics. This is especially true when our political views are based on moral views.

The result of this mindset is that political discussions are often frustrating, unproductive, and hostile. We often assume the worst about those who disagree with us on matters of political morality. Either they’re too stupid to recognize the obvious truth of our claims, or they’re too evil to care. And you don’t deal with stupid or evil people by rationally engaging with them. You deal with them by subjecting them to ridicule, vitriol, and shame.

Can we do better than this? Is there a way of talking about social justice, or the importance of individual liberty, without being so hostile and alienating toward those with whom we disagree? Can debates about political morality be friendly and productive while still respecting the profound seriousness of the issues at stake?

Thankfully, the answers to both these questions is “yes.” We can treat political morality as an issue of the utmost seriousness and importance without vilifying people who disagree with us. How? By always keeping at the forefront of our mind that political morality is a subject about which reasonable and well-intentioned people can and will disagree.

There are at two main reasons why reasonable disagreement is so common.

1) The moral values that underlie our political debates are plural and conflicting.

There isn’t just one thing we care about when it comes to politics. There are lots. And sometimes we face trade-offs between them. So, for example, almost everybody thinks that fostering economic growth is a genuine political value. But many people also think that protecting the natural environment is, too. Or promoting some degree of social equality.

This means that often, when two people disagree about the morality of some particular policy, the problem isn’t that they believe in radically different values. They might believe in precisely the same list of values, but prioritizethose values differently in this particular case.

You think that our economy is doing well enough that we can afford to sacrifice some growth for the sake of preserving natural ecosystems. I think you’re underestimating the way in which further economic growth matters for the well-being of the world’s poor.

Neither of us is evil. Neither of us is stupid. Neither of us even disagrees with the other about what kinds of things ultimately matter. We simply disagree about how to choose between two genuine, mutually acknowledged values. And, in a dispute like that, it’s rarely going to be obviouswhich one of us is right.

2) Many of our moral disagreement are ultimately rooted in complicated empirical questions.

Are minimum wage laws a bad idea? Should we boycott goods produced by sweatshop labor?

You might think we can resolve these questions without knowing how minimum wage laws or boycotts actually work. But most people’s moral views are more sensitive to the actual consequences of their actions than that.

Suppose you think sweatshops are bad because they mistreat and underpay their workers. If so, you should almost certainly think that it’s a relevant question whether boycotting sweatshops would actually improve things for workers, or whether it actually might make them even worse off.

But, here’s the thing — answering that question turns out to be very, very difficult. Even the simplest public policy decisions turn on empirical questions that are profoundly difficult to resolve. There are too many confounding variables; the social science is complicated and contentious; and most of us don’t have the time or expertise to engage that science in any kind of serious way.

We’re all human beings, and that means that we often engage in biased, motivated reasoning. Especially when it comes to politics. We see what we want to see — the facts that confirm our strongly held political convictions— and disregard evidence that tends to undermine those views. Of course, we all recognize this phenomenon – when other people do it. But bearing in mind that we almost certainly engage do it too should perhaps inspire us to be a little more humble about our beliefs.

The bottom line is this. Political morality is supremely important. It’s a serious issue, and it’s important to try to seek the truth as best we can, and to purge ourselves and others of errors whenever possible. But political morality is also extremely complicated and hard. And that means that the strong feelings we have about politics are often way out of proportion with the degree of confidence we should have in the underlying empirical and normative beliefs.

So be humble — don’t be so confident that the beliefs you’ve formed are the single correct way of thinking about political morality. And be tolerant. Recognize that people who disagree with you might have good reasons for doing so.

Of course, I think that being tolerant of reasonable disagreement means that we should be reluctant to impose our moral views on others by force, or to ask the state to do so on our behalf.

But then again, I’m a libertarian, so I would think that, wouldn’t I?

This first appeared at Learn Liberty. 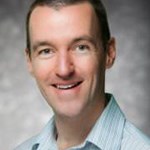 Matt Zwolinski is an Associate Professor of Philosophy at the University of San Diego. He is also a co-director of USD’s Institute for Law and Philosophy, a member of the editorial board of Business Ethics Quarterly, and a blogger for Bleeding Heart Libertarians. He is a member of the FEE Faculty Network.