You are at:Home»Philosophy»The Case Against Not Voting
May 26, 2016 Philosophy

A fair number of libertarians pride themselves on not voting. Among their reasons: One person’s vote is so unlikely to influence the outcome of an election that almost any alternative action is a better use of time. That reasoning has appealing simplicity. For consistency’s sake, our hyper-rational non-voting friends should refrain from applauding at performances or cheering at games. People who want to see liberty advance, and not just bask in the superiority of libertarian ideas, should probably vote—and vote loudly.

News that former Massachusetts governor William Weld desires to join Gary Johnson on the Libertarian Party ticket makes the question of libertarians’ voting practices particularly salient in 2016. The major parties’ candidates are the least popular ever.

Here’s a reason why non-provision of the pivotal vote is not a reason not to vote: Voting does more than elect candidates.

Votes are a dazzling roman candle of information supplied to elected officials, their staffs, political parties, journalists, opinion leaders, and future candidates, to name a few. All these witnesses to elections incorporate vote information—not just outcome, but win/loss margins—into their actions and assessments well beyond election and inauguration day.

Here’s one use of vote information that I’m familiar with as a former Hill staffer: Folks in Congress assess each other’s strength and weakness according to electoral margin of victory. When a one- or two-term member of Congress is re-elected by a wide margin, it’s a signal that he or she is there to stay. That member is going to have a vote for a long time and will acquire more power with increasing seniority. The stock of that person and his or her staff rises, and they immediately have more capacity to move their agenda.

The process is the same in reverse. When a longer-serving member suffers a narrow win, that signals blood in the water. That member is likely to draw a more serious, better funded challenger in the next election, and defeat becomes much more likely. The stock of that politician drops, and the ability of that person’s office to advance an agenda falls with it.

In the coming presidential election, margin of victory will have similar dynamics among other groups—and they could be quite substantial. The larger the “protest vote” going to Libertarian Party candidates or others, the more news stories there will be that expose people for the first time to the existence and relative popularity of libertarian ideas, as well as others. While driving up the stock of liberty, a showing for libertarian candidates could drive down the stock of the Republican and Democratic offerings, putting blood in the water around the establishment parties.

Though hard to measure, the social and political consequences of voting are quite real, regardless of a U.S. election’s (binary) outcome. This does not mean that any libertarian should feel obligated to vote. But libertarians who shave and wear clean clothes, to say nothing of those who write or Tweet about liberty, should probably consider engaging in voting as a similar social signaling tool without respect to whether it elects a candidate. 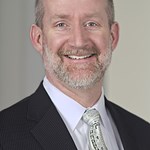 Jim Harper is a senior fellow at the Cato Institute, working in areas such as privacy, cybersecurity, government transparency, and digital currency.