You are at:Home»U.S.»Education»Is College a Sound “Real World” Investment?
May 12, 2017 Education

With graduation lurking around the corner and exams finishing up, college students are ending yet another year and, in some cases, preparing to join the workforce. My own social media newsfeed is filled with angst about the “real world” and how to survive this tough transition.

On one hand, I empathize. Being an adult can be difficult, and most of us are making it up as we go. On the other hand, I’m confused about why college is seen as so detached from the real world, and why it’s worth the high price tag if that’s the case.

I went to college, but I regret it. I wish I’d dropped out after my first year, when I headed off to intern at my favorite magazine in Washington DC. That internship – and subsequent work experience – was more valuable than any minute I spent in class.

I learned how to differentiate myself, how to take initiative and anticipate team needs, and how to actively make connections for future jobs (not bland networking, but genuine friendships). If those things sound valuable to you, college might be a bad investment and the fabled “real world” might yield better results.

Now, to be clear, college isn’t a bad investment for everyone. Plenty of professions still require degrees (namely medical and legal ones), but other industries allow much more flexibility: sales, entrepreneurship, marketing, PR, and journalism all come to mind. For some of us, college might be a waste of time and a bad investment because the desired skills of our preferred industry aren’t being taught.

The skills most employers desire have to do with initiative, autonomy, and work ethic, not just showing up. College classes, on the other hand, incentivize students just to show up (if that), particularly for assignments and exams. Many smart students can skate by doing minimal work, or doing work the night before a paper is due, to fulfill the meager course requirements.

In most jobs, the requirements won’t be so barebones or neatly laid out. You’ll have to anticipate needs and work from an abstract vision to a finished product. You’ll be chastised if you put a project off until the last minute. If you pull an all-nighter, it’ll raise the question: what the hell were you doing for the last week? The pursuit of the bare minimum just isn’t enough. In most jobs, you need to be diagnosing a problem and finding a solution – and fast.

As The Economist has noted, the price of college continues rising while the actual return on investment remains quite low. Payscale has been gathering data on over 900 colleges. Their findings? When the cost of education is factored in, in terms of future earnings, many schools are a worse investment than most students believe.

From a purely economic standpoint, students are not only left without desired skills for the workplace, but also with overwhelming amounts of debt. Too often, attending college either doesn’t pay off or takes too long to pay off, while young workers simultaneously realize they haven’t been given the advantage they had expected by attending college.

Too often, professors have the mentality that their class should be at the center of your universe. I had a professor like that in college.

One summer, I worked remotely from Mexico City because cost of living was cheap and I wanted to keep practicing my Spanish and mezcal-tasting skills. I came back to the U.S. two days after the term had started because plane tickets were $150 cheaper then, and I was on a budget. I politely explained this to my professor and she gave me horrible attitude. She went off on me about how syllabus week matters (which is just wishful thinking) and I wasn’t taking school seriously. I sent her back a long apology email, to which she never responded.

To this day, I can’t think of how I could’ve handled that situation better. To me, remaining in Mexico City and working for a few more days was more valuable than attending classes where professors simply explain the syllabus. My reading comprehension skills are quite good, so I made a calculated decision given my budget and priorities and my ability to do a solo examination of the syllabus.

It bothered me that even when I articulated my reasons and values to professors, they rarely cared. If learning and building career skills for the “real world” were the true objective, professors should’ve been more open to and considerate of my reasonable explanations before being offended. If you truly bring value to a student, they will want to learn from you. If students are not interested, perhaps that’s a reflection on you as the professor.

Diversification and resume-building matter way too much to college students. I’ve hired interns before and, as a recent college student, sorting through extracurriculars is terribly amusing. It’s easy to see which activities are contrived resume-builders and which ones required real effort – and it’s unfortunate that most people think spreading themselves across a bunch of activities indicates success. Pursuit of mastery is more impressive.

Anyone can start a club, but is there an actual need for that club? Are there results? Are you learning or creating something meaningful?

In our schooling structure, we learn to measure success in grades and self-aggrandizing accolades, not impact. This is the worst of all. Grades are shallow placeholders, imprecise estimates of how much you learned. It would be better to signal the value you can create, as that is what matters in the workplace.

Awards are often silly, but results rarely are. Yet, so many students worry themselves sick over the wrong things, creating a toxic environment for many. Then, they emerge scared of the fabled “real world” in all its glory.

The “real world” really isn’t that bad. For me, pursuing meaningful and fulfilling work, that I choose, with people who care, has been far better and more educational than college ever was.

Figuring out what matters to you and being able to live on your own terms is much better than being constrained by other people’s expectations. Best of all, there’s something really cool about being paid for your intellectual contributions – and trust me, it’s much more exciting than getting a good grade on a test. 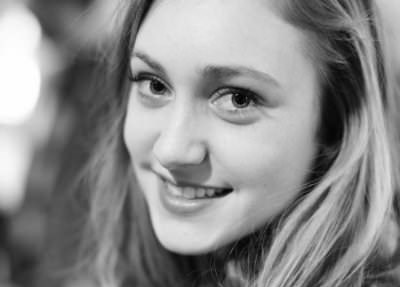