You are at:Home»World»Dead Celebrities and the Cause for Liberty
By Jeff Siegel on December 31, 2014 World

The list of this year’s dead celebrities is making its rounds.

We definitely lost some good ones …

Some died after making some very poor choices, some died by accident, and some simply died because it was their time to go. In each instance, however, we had no say.

So while it saddens me to know that I’ll never have the opportunity to hear another brutally-honest joke from Joan Rivers, see another new Robin Williams movie or just hang out with my old friend Dave Brockie, that sadness pales in comparison to the sadness I feel when I think about all the folks who died in 2014 by the hands of violent governments – and will not be featured in the Huffington Post alongside their annual dead celebrity list.

But we lost hundreds of thousands of innocent non-celebrities who were taken from their families and friends, not because of old age, accidents or poor choices, but because of the evil that resides in the hearts and minds of government thugs and dictators.

They weren’t famous, but their lives were no less important than the lives of all the actors, musicians and politicians that were lost this year.

From indigenous conflicts and acts of Western aggression throughout the Middle East to the brutal drug war that has wiped out entire generations in Mexico and the United States, we’ve lost too many innocent people to state-sponsored terror sprees.

And I don’t care if they occupy the hot desert sands of the Middle East or the climate-controlled command centers in the West, there’s one undeniable truth about all the mindless killing we’ve witnessed this year – it continues to be facilitated by government action.

Earlier this year, I stumbled upon this photo … 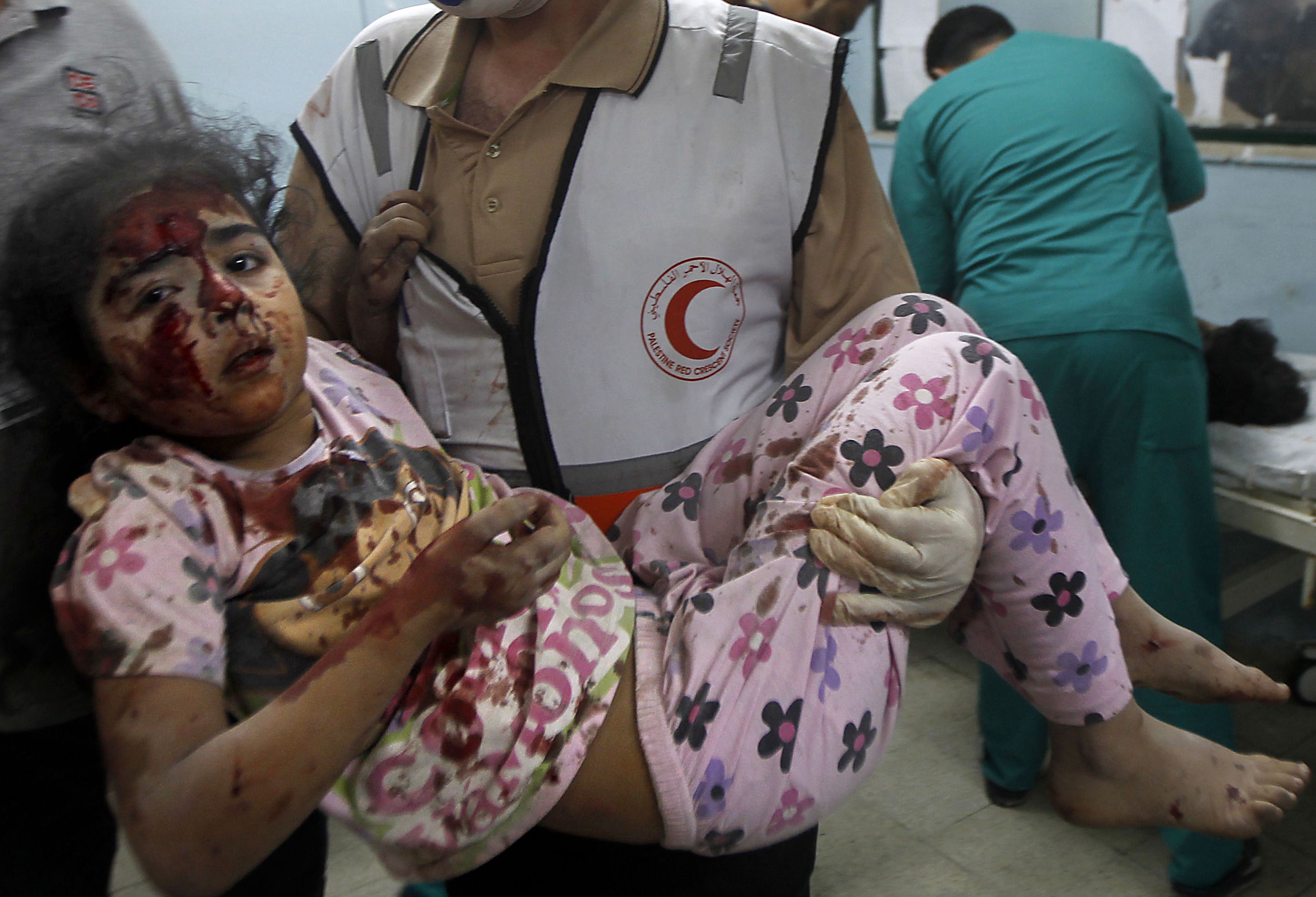 The caption reads: A Palestinian medic carries a wounded girl at a hospital in Khan Yunis in the southern Gaza Strip.

There are plenty of images of war all over the Internet, but for some reason, this one really stuck out for me. It haunted me.

Who is this little girl? Is her family still alive? Is she OK?

And understand, I’m not writing this today to get into some big debate over the Israeli-Palestinian conflict. I have no interest in taking sides or seeking justification for any act of aggression against innocent civilians.

I simply look at this picture as a reminder that the victims of war are actual people. They are mothers, fathers, sons and daughters. They are farmers, accountants, auto mechanics and doctors. They are human beings.

Although violence can never be completely avoided, contributing to that violence can. And if we continue to choose to look the other way while our elected officials sign off and fund more violent acts both here and abroad, we must also take some of the blame.

I don’t typically make New Year’s resolutions. I figure, if you want to do something, you don’t need to wait for a holiday.

But this year, I am committing myself to a very noble cause: The cause of liberty and non-violence.

The way I see it, if I truly want to be a part of the solution instead of being a part of the problem, I need to come out from behind my desk and start interacting a lot more on an interpersonal basis – in real time, and in real life.

In a rational, and non-preachy kind of way, I’m going to initiate dialogues with friends and family. I’m going to illustrate the connection between our current system of government and many of the economic, social and environmental burdens we bear today.

I’m going to remind folks that the image you saw above is the result of psychopathic government gangsters.

I’m not going to shrug off the pro-war comments of neocons, and I’m not going to ignore the dangerous addiction to government that so many left-leaning Obama apologists seem to champion and crave.

I’m going to invite debate, not avoid it.

And above all, I’m going to spread the message of freedom, liberty and non-violence by any (non-violent) means necessary.

I hope you’ll join me!

Jeff Siegel is the managing editor of LibertyBriefing.com. He has been a featured guest on Fox, CNBC, and Bloomberg Asia, is a frequent speaker at investment and alternative energy conferences and seminars, and is the author of Libertarian Treehugger: How Free Markets and Rational Thought can Help Solve Some of Today's Biggest Environmental and Social Problems.