You are at:Home»General»Don’t Solve Problems. Stop Causing Them.
June 3, 2016 General

Given that I share the same utilitarian value system of many progressives, you might expect me to also be a progressive. If I had to provide a one sentence explanation of why I am not, I might use the title of this post.

By:  Scott B. Sumner

When there is a crisis, progressives have a knee-jerk reaction to look for government solutions instead of:

The latter might apply to the example of 9/11, which led to the TSA. I’ve read that air travel this summer will be a nightmare due to TSA incompetence. But we had to “do something” after 9/11, and hence chose to ignore overwhelming international evidence that private airport security is superior to government security.

Another example might be the Enron bankruptcy, which led to a Sarbanes-Oxley monstrosity that causes far more damage than a dozen Enron scandals.

Today, I’d like to focus on the first case: how government creates problems and then progressives enact legislation that makes the problem even worse.

Between the two World Wars, the US experienced three major bouts of falling NGDP (1920-21, 1929-33) and 1937-38). The most severe case (by far) led to a major banking crisis in 1931-33, mostly involving small rural banks. (A similar 50% drop in NGDP today would completely destroy our banking system.) Since World War II, we’ve had two much less severe cases of plunging NGDP growth. Both were associated with severe banking problems and both led to expensive taxpayer bailouts.

There are lots of aspects of this picture that need to be examined, and we should always be skeptical of monocausal explanations. One important aspect is the history of American banking regulation. Restrictions on bank branching led to the creation of thousand of small independent banks in the US, as compared to about a dozen nationwide banks in Canada. The lack of diversification in the US banking system helps to explain why we’ve had many banking crises in the past 100 years, while Canada has not had any.

But that’s only part of the story. After the 1933 banking crisis, FDR and Congress proposed two very different solutions. FDR wanted reflation, and Congress wanted deposit insurance. In retrospect, reflation was the right solution, and the FDIC merely made the US banking system even more unstable. In my view, FDIC largely caused the banking crises of the 1980s, and 2008.

To understand the problem with FDIC, consider the incentives facing the Atlanta branch of a giant nationwide bank, such as Bank of America. They could roll the dice with some high risk, high reward loans to real estate developers, but if things went bad they would end up hurting Bank of America, including all the various branches around the country that were not involved in lending to Atlanta developers. In contrast, a small Atlanta bank that ran the same risks would off-load much of the downside risk onto FDIC (and hence ultimately onto the taxpayers). The moral hazard problem is much worse for small banks than big banks.

Now we can see the Canadian system actually had two distinct advantages. The big banks were more diversified, and they also had less incentive to take socially unproductive risks in lending to developers.

Many people think that the 2008 banking crisis was all about subprime mortgages. This is not true: the 2008 crisis was very similar to the 1980s crisis, as most bank failures were caused by reckless lending to real estate developers in Sunbelt states, as well as a few northern states such as Illinois.

Very few people realize how profoundly FDIC has distorted the political incentives in the US. Because the risk of lending to real estate developers has been partially offloaded to the federal taxpayers, states like Georgia have a powerful incentive to create a very pro-moral hazard financial system. Real estate development benefits almost everyone — construction companies and workers, realtors, appraisers, homebuyers, local banks, local governments, etc.

Think of the Sunbelt states like the PIIGS in the eurozone, and think of my state of Massachusetts as being like Germany. We have lots of high-saving affluent households, but not much population growth. FDIC allows reckless Georgia banks to attract these savings, at very low cost (which does not reflect that actual risk to society). Neil Wallace once said something to the effect that, due to moral hazard, any bank CEO who is not taking socially excessive risks is not acting in the interest of his shareholders.

I’ve been telling this story since the 1980s savings and loan crisis, but I haven’t had much success convincing anyone. Even I would admit that the 2008 crisis didn’t really look like a FDIC story, at least at first glance. It looked like a real estate “bubble” and lots of stupid borrowers and lenders, including the big banks.

But as more time went by, things came into clearer focus. Ultimately, the big banks paid off the TARP loans. Their losses were not offloaded to the taxpayers. In contrast, taxpayers had to spend over $100 billion bailing out the depositors of those high-risk smaller banks that had lent money to real state developers, just as they did in the 1980s. (By the way, FDIC fees are a tax on depositors of all banks, even banks in safe areas like Massachusetts. Some commenters wrongly think FDIC is some sort of private company, and the fees are not a tax. They are a tax on bank consumers.)

Economic theories posit that bank liability insurance is designed as serving the public interest by mitigating systemic risk in the banking system through liquidity risk reduction. Political theories see liability insurance as serving the private interests of banks, bank borrowers, and depositors, potentially at the expense of the public interest.

Empirical evidence — both historical and contemporary — supports the private-interest approach as liability insurance generally has been associated with increases, rather than decreases, in systemic risk. Exceptions to this rule are rare, and reflect design features that prevent moral hazard and adverse selection.

The politics of liability insurance also should not be construed narrowly to encompass only the vested interests of bankers. Indeed, in many countries, it has been installed as a pass-through subsidy targeted to particular classes of bank borrowers.

Here’s how government should react to disasters:

The government did not follow any of those three rules in setting up FDIC, the TSA, Sarbanes-Oxley, Dodd-Frank, or numerous other responses to crises.

And now the government is responding to the inequality “crisis” with minimum wage laws and taxes on capital, instead of the more theoretically justified low wage subsidies and progressive consumption taxes. But even before doing those things, we should first eliminate government policies that create inequality, such as use of hedge funds by government pensions, or excessively generous intellectual property rights, or restrictions on entry into law and medicine, or 1,000 other regulations that increase inequality.

That’s why I’m not a progressive. 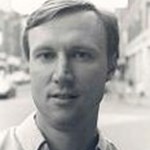 Scott B. Sumner is the director of the Program on Monetary Policy at the Mercatus Center and a professor at Bentley University. He blogs at the Money Illusion and Econlog.