In 1977, Star Wars was released to a jubilant populace. It was collaborative art of the highest cultural significance, and it was beloved among the masses from day one. Star Wars changed lives, fired imaginations worldwide, and spawned the most dedicated fan base ever to walk the earth.  It was Lucas’ brainchild, and the shrewd acquisition of licensing rights anointed him unilateral king of the Star Wars universe.

Everything should’ve been dandy, but it wasn’t. No one could’ve expected the neurotic post-success despotism that Lucas would then display. No one expected he would attempt to do the unthinkable for an artist of any kind: give willingly of his art, only to try and steal it back. Lucas exhibited a level of arrogance typically only reserved for the ruling classes. Even more remarkable was the passionate response of the fans Lucas sought to control.

Lucas’s dark side first revealed itself in 1997 with the release of DVD “special editions” of the beloved films. Star Wars devotees eagerly went to their wallets, only to be shocked and horrified. Characters were changed in significant ways, iconic moments were tampered with, and hideous CGI effects were vomited across the frame at every turn. Alterations marred nearly every aspect of the movies in some way or another.

Star Wars had taken home Academy Awards in categories such as art direction, costume design, editing, score, sound, and visual effects. Lucas’ special edition left none of these categories unscathed, greatly disrespecting the work of the specialists who had contributed. Lucas made sure he changed nearly every scene in some small way. He might add a random rock here, or an out of place CGI creature there for no discernible reason. It was like he was marking his territory by urinating on every part of the film to prove singular ownership over and above those who had collaborated with him on it originally.

Most infamously, Lucas ruined the best character introduction in the whole saga by trying to make it more politically correct. “Han Shot First” was the rallying cry of the fans as they vociferously took to their keyboards to voice their displeasure.

The Emperor Strikes Back

As bad as the changes themselves was the way that Lucas flaunted his power. Thousands of fans petitioned Lucas to release the originally screened versions, but to no avail. LucasArts released a statement in response to their pleas saying that at no point would the theatrical editions ever resurface. In a terrifyingly Orwellian quote, Lucas stated, “What ends up being important in my mind is what the DVD version is going to look like, because that’s what everybody is going to remember.  The other versions will disappear.”

The problems got continually worse with a re-release in 2004 and then again with the Blu-rays in 2011. When the National Film Registry asked for the archival prints of the original films for preservation purposes, Lucas became the only director ever to refuse their request. Lucas was gathering film reels as a Tolkien-esque dark lord gathers rings of power, and for the same reason: fear of losing control. If Lucas had his way, all future generations of Star Warsfans would be indoctrinated into this strange bastardized version ofStar Wars.

Just as things looked bleak, a resistance began to boil. What better place for a rebellion than in the dank and uncivilized recesses of the internet? The true fans would not go down without a fight, and in the face of overwhelming support from the community, years of effort culminated in the ultimate in fan defiance.

A new project, a new hope, set about giving the fans what Lucas had refused them. Yes it was illegal, and yes LucasArts has a long and storied history of savagely enforcing its IP. But laws be damned, this is about the integrity of the greatest space fantasy of all time, which was worth fighting for.

So what was dubbed the “Despecialized Edition” came into being. Dedicated activists hailing from literally around the world marshaled the full-scale technical wizardry necessary to give us a proper rendering of the one true Star Wars. Apparently a bunch of guys with inexplicable names, like Harmy and Lazerschwertz, scanned and restored 16 and 35mm prints that had somehow evaded Lucas’ grubby hands. Due to their labors, anyone is now able to view Star Wars in glorious Blu-ray quality with the click of mouse, completely against the commands of King George.

From this tale, we get yet another reminder of the ultimate impotence of those who seek to control the hearts and minds of ordinary people. We also get a glimpse of a world filled with movie content made better with the help of a larger market beyond a centralized filmmaking platform.

Did the studio bungle the adaptation of your favorite book? Third installment in an otherwise fine series get you down? Look past the walls of IP and a better, even personalized, fan edit may be your cup of tea. The “Despecialized Edition” and other delightfully illicit projects will only grow more accessible as technological trends continue to expose the futility of IP enforcement. 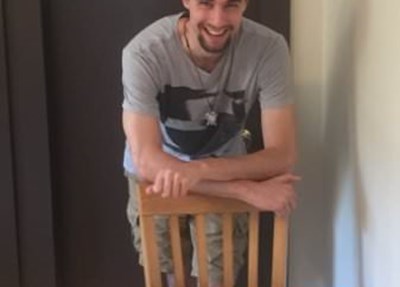 Luke Nyman is the creator and host of MUBIcast, a podcast for lovers of foreign, classic, and independent film.