You are at:Home»U.S.»Nanny State»How the FDA Is Helping Big Tobacco and Encouraging Teen Smoking
May 6, 2016 Nanny State

Today, the Food and Drug Administration finalized regulations asserting regulatory authority over e-cigarettes and various tobacco products, such as cigars. According to the agency, this rule will help protect public health. Insofar as the rule subjects actual tobacco products to the same regulations as cigarettes, this might be so.

But the part of the rule that “deems” e-cigarettes to be tobacco products and subjects them to extensive regulatory requirements is more likely to harm public health than to help it. Big Tobacco, meanwhile, is likely to be pleased with the new regulations.

The new FDA regulation “deems” e-cigarettes to be tobacco products, for the purposes of federal law, but e-cigarettes do not contain tobacco and do not present anywhere near the health risks of smoking. E-cigarettes create vapor, not smoke (hence the term “vaping”), and the lack of combustion means that e-cigarettes expose users to relatively few of the harmful substances contained in tobacco smoke.

Most e-cigs do contain nicotine, however, which makes them a potential substitute for cigarettes. So, while e-cig use may not be risk-free (and what is?), e-cigs present a small fraction of the risks posed by smoking. This is but one reason the United Kingdom’s Royal College of Physicians urges the use of e-cigsas a tool to help smokers quit.

E-cigarette use has boomed in recent years, fueled largely by current and former smokers. Many cigarettes users have learned that they can satisfy their nicotine craving while doing less damage to their lungs (while also lowering their dry-cleaning bills, spending less on their habit and doing less potential harm to bystanders and family members).

Because e-cigarettes compete with traditional cigarettes — and many e-cigs and vaping products are made by small upstart companies — major tobacco companies, such as Altria (a.k.a. Philip Morris), have sought to clamp down on this market. The Big Tobacco companies have created or acquired e-cig brands while also pushing for regulation that will make it more difficult for little guys to compete. With the new FDA rule, Big Tobacco is getting just what it wanted. (For more on how and why tobacco companies support e-cig regulation, see this paper, forthcoming in the Yale Journal on Regulation.)

The most significant part of the FDA’s rule is a requirement for government approval of all deemed tobacco products placed on the market since 2007. As a practical matter, this means that just about all e-cigs must go through a new approval process if they are to continue to be sold. This is a costly process — an estimated $1 million or more per product — and must be done for each and every model, flavor, etc. For tobacco giants such as Reynolds and Altria, this is no big deal. For smaller e-cig makers, however, these rules could be the kiss of death.

Even if smaller manufacturers can satisfy the relevant regulatory deadlines, the rules will increase the cost of e-cigs, limiting their cost advantage vis-a-vis traditional cigarettes and inhibit continued product innovation (thereby inhibiting the ability of e-cig manufacturers to make their products even more attractive to current tobacco users). So, as a consequence of the FDA rule, the e-cig market will shrink, and Big Tobacco will be in a better position to dominate what’s left. A vibrant competitive market will be replaced with a cartel, much like the one we see in the cigarette market.

The Washington Post’s initial story on the rule highlights the new prohibition on e-cigarette sales to minors, echoing the emphasis of the FDA’s press release on the rule. Is this rule a good idea? Maybe, but maybe not. As I noted in a post last fall, a recent Yale study found that restrictions on e-cigarette sales to youth actually increase teen smoking rates. Since then, another study (this one from Cornell) has found similar results. So even with regard to restrictions on youth sales, the FDA’s new regulations could help cigarette manufacturers and undermine public health.

As it happens, states are already adopting various rules limiting e-cigarette sales to minors. With such rules in place, it would have made more sense to allow states to experiment with different policies to discourage teen e-cig use so that we could learn which approach is most effective. Instead the FDA has adopted a nationwide approach that, according to the best empirical work done thus far, could actually make things worse.

The FDA would have you believe today’s announcement is a major step in the war against smoking. It’s nothing of the sort. It’s a gift to Big Tobacco and could be a significant setback for public health.

This article first appeared at the Volokh Conspiracy. 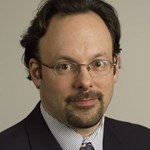 Jonathan H. Adler is the inaugural Johan Verheij Memorial Professor of Law and Director of the Center for Business Law and Regulation at Case Western University School of Law. He teaches teaches constitutional, administrative, and environmental law.