You are at:Home»U.S.»Nanny State»The FDA Isn’t Being Honest about the Risks of Vaping vs. Smoking
May 20, 2016 Nanny State

It is disheartening to see that the media’s near-exclusive focus while covering the Food and Drug Administration’s recent tobacco “deeming regs” has been on the provision that restricts e-cigarette sales to minors. The New York Times published an editorial entitled “Keeping E-Cigarettes Away From the Kids,” and the Huffington Post ran an article with the headline “Finally—Commonsense Protections for Our Kids From Tobacco.”

Most people agree minors should not have access to products that contain substantial levels of nicotine (and “substantial” is used because many foods contain trace amounts of nicotine). But, in focusing on this move, commentators are missing how the FDA’s new regulations will destroy 99 percent of an industry that offers an option the Royal College of Physicians finds is 95 percent safer than cigarettes.

The FDA’s regulations will force all e-cigarette products to go through the costly and time-consuming premarket tobacco product application process, a step that all but the big tobacco companies will not be able to comply with. (For more on how the FDA’s approval process will harm innovation and consumers, see my previous E21 article).

The fundamental reason the FDA placed the public at greater risk of the health problems that come with smoking traditional cigarette was that it cannot pass up on a chance to expand its power. As the tortured language of the regulation shows, the FDA recognizes that e-cigarettes are safer than cigarettes, but refuses to admit their potential positive consequences. Instead, the agency twists congressional intent in its deadly power grab.

Last week Nicopure Labs, an e-cigarette company, filed a lawsuit against the FDA that argued the agency’s dictates violate free speech by prohibiting e-cigarette makers from advertising that their products are smoke-free or safer than cigarettes. When addressing public comments on page 248 of the regulation, the FDA preemptively brought up this legal challenge by writing, “A few comments expressed concern that imposition of section 911 of the [Federal Food, Drug, and Cosmetic (FD&C) Act] will force e-cigarette manufacturers to implicitly lie by not permitting them to tell consumers that their products are safer alternatives to conventional cigarettes, to advertise that they do not contain tobacco, and to state that they are ‘smoke free.’”

The FDA replied to the objection by stating, “Section 911 is one of the provisions of the statute that applies automatically to deemed products. It was included in the FD&C Act to protect consumers from manufacturers making invalid or unsubstantiated claims, as many had done with respect to their designation of cigarettes as ‘light,’ ‘low,’ or ‘mild.’”

While the health benefits of light and low-tar cigarettes are nonexistent, the same is not true for e-cigarettes. The FDA is making a giant leap of logic to assert that e-cigarettes cause “thousands of unnecessary deaths and injuries and huge costs to our health care system.” No one can honestly argue that the slight risks e-cigarettes pose are anywhere near comparable to the major risks light cigarettes pose. If anything, e-cigarettes boost public health and lower health-care spending by offering a safer alternative to cigarettes.

The FDA has a compelling interest in preventing drug manufactures from misrepresenting tobacco products’ risks and benefits. But the Tobacco Control Act was passed in 2009 and makes no mention of e-cigarettes, as the technology was only in its infancy. The part of the act to which the FDA refers was meant to ensure that tobacco companies were not using misleading marketing tactics to make tobacco users believe variations of traditional cigarettes are less harmful. One only needs to read the following sections of the law to see it only mentions that “comparable” cigarette products marketed as “low tar” and “light.” The law was written for a different time, for a different public safety concern.

No such widespread fraud surrounds e-cigarettes. Throughout the regulation, the FDA repeatedly acknowledges that it recognized e-cigarettes “may not pose as much harm as smoke emitted from combustible tobacco products,” yet under a curious provision of the law, as stated on page 220, “the Tobacco Control Act does not require that FDA make a finding that a product is harmful in order to deem it to be subject to chapter IX of the FD&C Act; FDA is authorized to deem any product that meets the definition of a ‘tobacco product’ pursuant to section 901 of the FD&C Act.”

Instead of the FDA having to prove that e-cigarettes increase public health risks, the industry is now forced to justify its existence by going through the agency’s near-impossible review process.

The FDA beats around the bush by stating that it “agrees” that using e-cigarettes is “potentially” less hazardous than using cigarettes, for both first-hand and second-hand exposure. It also admits—as do all scientists—that nicotine exposure is “not responsible for the high prevalence of tobacco-related death and disease in this country.” The health risks from smoking instead come from the many carcinogens that are released by burning tobacco.

But the FDA desperately wanted to bring e-cigarettes under its purview—and who would have expected otherwise? After all, bureaucracies do not gain more power (and increased funding) by passing on chances to expand their scopes of authority. From the tortured—and seemingly contradictory—language of the FDA’s deeming regulations, it is clear the agency understands that e-cigarettes are safer than cigarettes.

Hence, the FDA should have allowed the e-cigarette industry to continue to grow under reasonable regulatory oversight, such as restricting sales to minors. The biggest victims here are not the e-cigarette companies forced to comply with unnecessary and onerous regulations. Instead, by perpetuating misinformation about the safety of e-cigarettes, the FDA is leading cigarette smokers to continue using significantly more dangerous products. E-cigarette companies will fail, and many cigarette addicts will die.

Now that the final regulations are out, it is up to Congress to take action so that 99 percent of the e-cigarette market is not wiped out, along with a much safer alternative to smoking. 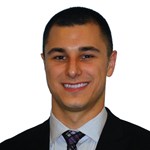 Jared Meyer is a fellow at the Manhattan Institute for Policy Research.