You are at:Home»Philosophy»Five Lame Excuses for Passing Laws
August 25, 2016 Philosophy

Opinions: everybody’s got one. All too often, people decide to make those opinions mandatory through legislation. Examples range from conservative opposition to marijuana and gay marriage, to leftist opposition to gun ownership and big gulp sodas.

Everybody wants to ban something. It’s human nature that if given power, people will want to use it. And in the state apparatus, that usually means calls for regulation and/or prohibition. So before you go out and vote for the latest piece of legislation, here are five really stupid excuses people use to justify criminalization.

And to those of you who are just using children as a tool of emotional exploitation so you can convince a majority to pass a law mandating your beliefs onto others, you’re not a good person.

• Gay marriage is a slippery slope to bestiality!

• Violent video games are a slippery slope to murder!

• Marijuana is a slippery slope to flakka!

Guess what? Not every action is a first step to a later inevitable consequence that’s ten times worse than the original. Furthermore, if you’re so good at predicting the future, tell me, what about stupid people asking stupid politicians to pass stupid laws to prevent a stupid paranoid future scenario? What would that slippery slope lead to?

Honestly, if you hear this come from somebody’s mouth, you’re probably listening to a politician or a mobster. Now, we all want laws that offer protection against acts of aggression such as murder, assault, theft, property damage, etc. But damn, people take it too far.

“Why are you spying on my emails, text messages, and phone calls?” To protect you from terrorists.

“Why are you groping my genitalia and confiscating my cocoa butter before I get on a plane?” To protect you from bombs.

“Why are you arming the local police with LAV’s, surveillance drones, and selective fire rifles?” To protect you from criminals.

“Why are you preventing me from drinking raw milk, sharing my car or my house with somebody for money, or opening up an unregulated lemonade stand in front of my house?” To protect you from… uh… freedom?

Yes, these laws are made to control us and take our freedom. These laws often don’t make us any more safe. In fact, in most cases they add unnecessary threats of danger to our lives since every law is backed by an enforcement gun, which will shoot you down if you dare disobey.

Look, chances are, if someone wants to do something, they’re going to do it anyway. Regardless of whether there’s a law banning it or not. Conservatives understand this when it comes to obtaining guns, liberals understand this with regard to obtaining an abortion. But somehow, when the question is reversed, they are completely lost. The only thing prohibitions do is make these activities more dangerous and vulnerable to criminal influence.

If meth is legalized, I’m not gonna go smoke meth. Cigarettes are legal and I don’t smoke those. Weed is illegal and I still smoke that occasionally.

If drinking beers before 21 is banned, you think that’s gonna stop anyone from doing it?

If prostitution is legalized, it’s not gonna incentivise me to go become an escort. (Just kidding. $250 an hour. No kissing.)

Bottom line: laws that turn peaceful activities into victimless crimes don’t magically stop people from doing those activities. And legalizing them won’t magically make everyone start doing it. I’m gonna do what I wanna do regardless. Why? Because I’m an unapologetic freedom loving degenerate. And that’s ok.

This has got to be the worst of them all. People might know a law is terrible, they might agree that it infringes on individuals rights, they might even be a victim of the insane piece of legislation. But they accept it and the resulting bad effects because, “It’s the Law. We just have to deal with it.”

If you’re the type of person who sees a victim of government overreach, someone who has done nothing wrong or harmed anyone or anyone’s property in any way but got arrested simply for disobeying a B.S. law and thinks, “It’s you’re fault, you should’ve just obeyed the law, you deserve what you get,” I urge you to reevaluate your principles and decide whether they mean something to you or not.

Opinions are great in a free society. But in an authoritarian democratic state, opinions become laws; a cancer that grows to infect the lives of as many people as possible. So if we agree that opinions and force don’t mix, the logical conclusion is that one has to go.

I tend to like my free speech and that of others, so opinions aren’t something I’d like to get rid of. But this whole system that allows for those opinions to be forced onto me? Maybe we could do without that. Just a thought. 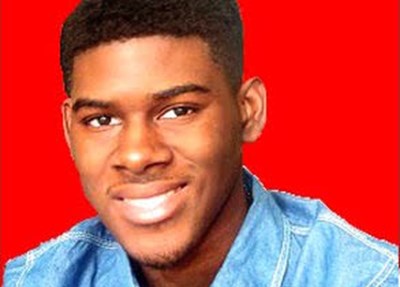 T.J. Brown is a content intern at FEE and hosts the popular YouTube channel “That Guy T“.