I would venture to say that in the USA there is a consensus for making “America First”. Nothing wrong with that objective, we want to win the Olympics, have the best-educated population, the best standard of living, the best health care, etc. However, discord arises on how best to achieve that objective. I will argue that If we want to achieve this objective we need to use a method that is somewhat indirect, counterintuitive, and analytical and not a strategy that is blunt, direct, and nearsighted.

Allow me to illustrate what I mean by using an example.

I recently purchased an iPhone, which is currently manufactured in China, from my provider for about $600. Let us say for this example that if it were manufactured in the USA, it would have cost me $1,200.

If I purchase the Chinese-made iPhone, instead of purchasing the hypothetical American-made smartphone, I would have an iPhone plus $600 to spend on other goods and services, which very well could be made in the USA, thereby creating jobs in America. Also, the Chinese have $600 worth of little pieces of green paper that say “redeemable only in the USA.” When they redeem them, which they will do as capital investments in the USA, loans to the USA, or purchase of goods and services in the USA, we will have jobs being created in the USA.

In this scenario, the Chinese have jobs and income from producing iPhones. They’re happy and that is important for our national security and tranquility.

Bottom line: we have jobs, I have a higher standard of living, and the Chinese are happy and secure.

Now, imagine that consumers only have access to the iPhone that was manufactured in the USA. Yes, there are new jobs from manufacturing the iPhone here, but now I, as a consumer, do not have $600 leftover to purchase additional goods and services which would have created additional jobs in the USA, the Chinese do not have $600 to make capital investments, issue loans, or purchase goods in the USA, and, importantly, now they have an unhappy and restless population which invites instability with our foreign partner.

The bottom line of this scenario: I only have the iPhone, I can’t purchase any other goods, my standard of living is lower, and the Chinese are unstable and restless.

The smart way of making America First is via open borders to trade, which make us strong through competition, which in turn drives us to specialize in the production of goods where we have a comparative advantage, such as new medicines and goods with high-tech and educational content. We will not become strong by going back to manufacturing toys and shirts, even if we are better at manufacturing them than people in other countries are.

When both imports and exports are growing and there is a trade deficit, the winning party is the one experiencing the deficit, as currently happens when the US trades with both China and Mexico. The party with the deficit, us, enjoys a higher standard of living than it would otherwise have exclusively from its domestic production. If foreigners want to sacrifice themselves in order to sell goods to us, well that it is their problem. If for instance, the French subsidize, through high taxes, the production of the camembert cheese I purchase at Costco, well, merci beaucoup.

Yes, a level playing field for trade is best, but in the absence of a level playing field, an unleveled playing field is way better than a field of no trade. If trade is free, under both a level and an unleveled field, transactions will happen only if there are two winners. Maybe we’ve watched too many sports where there is necessarily a winner and at least one loser, which distorts our understanding of trade. When trade is free, there are only winners. If it were not win-win; the transaction would not happen. 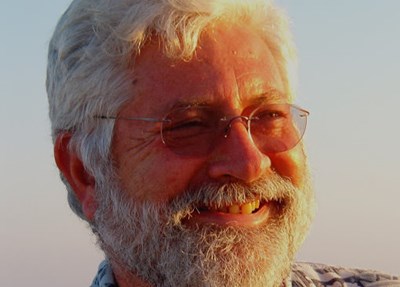 Tico Moreno is a small business owner who resides in Sanibel since 2002.