You are at:Home»Philosophy»Why Harping on about Hypocrisy Isn’t the Best Strategy
February 8, 2017 Philosophy

As Democrats and NeverTrumpers of all stripes stand up against President Trump’s executive order on immigration, one reaction has been quite common: “Where were you when President Obama did [insert cruel/illegal/destructive foreign policy decision here]?”

The question is a good one, but it’s not as good as you might think.

Our minds abhor disorder. An innate dislike for hypocrisy and inconsistency comes along with that. And of course, it is strange that many of the politicians opposing Trump’s immigration ban against seven countries did not consistently oppose Obama when he bombed and intervened in several of those same countries. To paraphrase one prominent antiwar libertarian, is restricting a group of people’s travel abilities really a greater crime than thrusting their entire home country into chaos (and killing many of them in the process)? If not, why is Trump’s action drawing a larger response?

Such questions do not have consoling answers. For the politicians, the explanation is probably base partisanship. But for the everyday people that are newly opposing bad ideas from the Oval Office, the answer is probably ignorance about Obama’s policies. Here, I mean ignorance in the literal sense. It’s not that such people are stupid; presumably, many of them really did not know.

While unfortunate, such ignorance should not be hard to understand. We were all there at some point. And although President Obama undertook many monstrous and destructive actions as Commander-in-Chief, he rarely sounded like a monster when he did it.

Obama didn’t assassinate unidentified people based on a behavioral profile; he just conducted signature strikes to keep America safe. He didn’t violently overthrow a sovereign government in Libya on a flimsy pretext; he tried to stop a genocide. He also didn’t knowingly arm groups fighting on the same side as Al Qaeda in Syria; rather, the popular perception of Obama’s policy on Syria is that he didn’t do enough to help. And the list goes on.

The point is that in all of these cases, the official narrative put forth seemed kind of plausible. That is, if you were predisposed to trust the US government or the mainstream media on these matters, you might have taken them at face value–especially since the president implementing them appeared intelligent and professional. Meanwhile, if you were already skeptical, it was easy to read just a little more about these policies and understand why they were awful.

The situation under Obama contrasts markedly with the one under Trump. Trump’s bombastic nature means that far fewer people are willing to trust his decisions on faith. For people opposed to US foreign policy or abuse of executive power, this is excellent news. It’s also the reason why, no matter how ambitious or malevolent Trump’s plans end up being, he is likely to achieve (destroy) much less than politicians that do not excite the same anxiety.

If our goal is to persuade new adherents to the ideas of peace, this context should inform our approach. It is easy–and entirely accurate–to shame opponents of Trump’s recent immigration order for hypocrisy if they did not oppose similarly harmful actions under Obama. But this offers little in the way of persuasion.

But for the many people who are newly skeptical, the call-out approach is off-putting. Would you rather listen to someone who’s already attacking you or someone who emphasizes the common ground? That is not a hard question. We can applaud them for opposing Trump’s refugee policy and criticize Obama’s refugee policy at the same time. We can embrace any newfound opposition to Trump’s aggression in Yemen, while noting it was also Obama’s aggression in Yemen.

At each step, our goal should not be to attack potential allies but to emphasize the continuity between presidents. Contrary to popular belief, Trump is not a new and unique problem. In many respects, he’s the same problem, with much less veneer.

The Trump Years offer a golden opportunity. Millions of people are doubting the US government and asking questions they wouldn’t have even considered before Trump’s election. Democrats would have them believe that the Republicans are to blame and all the problems started when Donald Trump took office. It’s up to the rest of us to explain that history began before January 20, 2017–and that Republican and Democratic politicians alike, are usually on the wrong side of it.

So, which will it be? 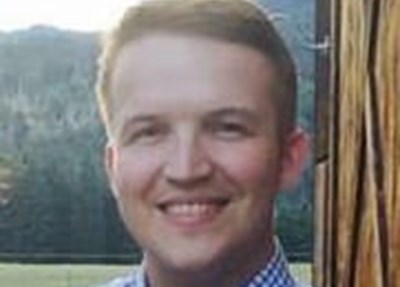 Eric Schuler is the author of The Daily Face Palm, where he writes about foreign policy and economics from a pro-peace perspective. He is also a regular contributor for the Libertarian Institute.