You are at:Home»Philosophy»If You Hate the Welfare State, You Should Love Immigration
May 10, 2017 Philosophy, Politics

Conservative and libertarian critics of immigration like to cite Milton Friedman’s observation that “[y]ou cannot simultaneously have free immigration and a welfare state,” which co-blogger Ken Anderson recently endorsed. The fear is that, given relatively open borders, immigrants from poor countries will flock to wealthy ones and undermine their economies by consuming huge amounts of welfare benefits.

I am a great admirer of Friedman and his scholarship. But he was not an expert on immigration, and, as far as I can tell, he never systematically studied the evidence on the impact of immigration on political support for the welfare state. That evidence overwhelmingly shows that ethnic heterogeneity greatly reduces support for welfare state spending because voters are less willing to support welfare programs if they believe that a large percentage of the money is going to members of a different racial or ethnic group.

I cite some of the relevant studies in a recent article in the International Affairs Forum on Immigration (pg. 43). The research shows that this effect holds true even in a strongly left-wing country like Sweden. This book by political scientists Donald Kinder and Cindy Kam presents the evidence for the United States (and to a lesser extent, several European countries). Historically, the greater ethnic diversity of the US is one of the main reasons why we have a smaller welfare state than most European nations; the evidence on that point is summarized in a well-known study by Edward Glaeser and Alberto Alesina. Because people are most likely to support welfare programs when the money goes to recipients who are “like us,” immigration actually undermines the welfare state rather than reinforces it. Even if the new immigrants themselves vote for expanded welfare state benefits (which is far from always a given), their political impact is likely to be offset by that of native-born citizens who are generally wealthier, more numerous, and more likely to vote and otherwise participate in politics.

It may be lamentable that immigration fails to expand the welfare state primarily because of ethnic bias. I would rather that voters had more admirable motives. But in politics, we often face tradeoffs where it’s better to do the right thing for the wrong reason than not do it at all. Moreover, it is no more bigoted to oppose welfare state benefits because they go to members of other ethnic groups than to support them because they go to members of your group. For example, Kinder and Kam find that strongly “ethnocentric” white voters are more likely to support Social Security benefits than other whites, because they see it as a program that primarily benefits non-Hispanic whites like themselves. In relatively homogeneous states, voters tend to support higher levels of welfare benefits than they would otherwise because they see them as supporting members of their own ethnic or racial group. In more diverse societies, the public supports relatively lower benefits because of a perception that too much of the money goes to racial or ethnic “others.” The former attitude is no less biased than the latter.

Finally, it’s worth noting, as Bryan Caplan emphasizes, that we need not choose between limiting immigration and cutting welfare benefits across the board. We can, instead, selectively deny such benefits to new immigrants and/or require them to pay special taxes to offset any fiscal burden they might impose on natives. Conservative critics of immigration who recognize these alternatives fear that they won’t be politically viable. But the feedback effect discussed above implies that their political prospects are quite good. Most voters are quite happy to support cutting welfare benefits for recent immigrants or making the latter “pay for themselves.” That’s why the extensive restrictions on immigrant welfare embedded in the 1996 welfare reform act were very popular, as are similar measures proposed in various European countries.

Some on the left fear that such measures are inhumane or unfair to immigrants. That may be so; I’m not an unequivocal fan of these policies myself, particularly the taxes (I’m more sympathetic to welfare restrictions). But they’re a lot less unjust than consigning would-be migrants to a life of Third World poverty and oppression, which is what happens to those whom we deny the right to enter in the first place.

Reprinted from The Volokh Conspiracy. 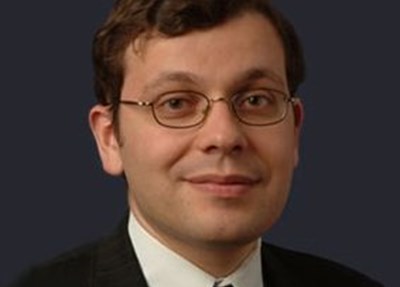 ILYA SOMIN is Professor of Law at George Mason University. His research focuses on constitutional law, property law, and the study of popular political participation and its implications for constitutional democracy.