You are at:Home»Economics»Here’s a Minimum Wage Experiment Worth Trying
April 27, 2016 Economics

Here’s a note to the many readers who e-mail me with the counsel that I be more “scientific” about minimum wage legislation. Readers urge me: “Why not regard minimum wages as social experiments? If they succeed, great. If not, they can be undone.”

The more intelligent of these readers understand that real-world minimum wage legislation is instituted for political and not objectively scientific reasons. But these readers hold out hope that the political zebras who alone can inflict minimum wages on workers will lose their stripes and begin to be more “scientific” about enacting minimum wages.

Here’s a scientific experiment that I propose: abolish the minimum wage completely and for a long stretch of time, and then see what happens over time.

If minimum wage opponents (such as me) are correct, we’ll see over time that elimination of the minimum wage increases the employment of low-skilled workers, as well as eliminating or greatly reducing the differences between the unemployment rates of black and Hispanic low-skilled workers and the unemployment rates of low-skilled white workers. We’ll see a slight reduction in the incomes of middle-class households and increases in the incomes of lower-income households. We’ll see also fewer people in their 20s and 30s who have never gained on-the-job experience and skills.

Of course, if minimum wage opponents (such as me) are incorrect, then we’ll not see these consequences. A much sounder scientific basis than what we have today will thereby be created upon which to found the case for minimum wages.

So why not run the experiment? Science demands it.

As for the other evidence — the evidence that finds no negative employment effects of minimum wage hikes — the vast bulk of this evidence comes from studies that take a minimum wage regime as a given. That is, these studies are done of economies in which minimum wage legislation already exists and, typically, has existed for a long time. Further, these economies are ones not only in which there is no expectation that minimum wage legislation will be permanently repealed, but likely contain widespread expectations that existing levels of minimum wages will be raised to higher levels sometime in the foreseeable future.

In short, nearly all of the existing studies that find no negative employment effects of minimum wages are studies of economies in which employers and employees have already adjusted their production arrangements and employment-contract terms (both formal and informal) to the realities of binding minimum wages and to the likelihood that existing minimum wages will be raised, if not today or tomorrow, the day after tomorrow.

These empirical studies, therefore, tell us at best how employers and employees adjust to unexpected increases in existing minimum wages. (See here and here.) And very few of these studies even attempt to distinguish unexpected hikes in the minimum wage from expected hikes. So even if such studies correctly find no negative employment effects of minimum wage hikes, those findings do not tell us that imposing a minimum wage where none existed (and where none had been reasonably anticipated) will not destroy jobs for some low-skilled workers.

But, again, because low-skilled workers and their employers (and potential employers) in America have for nearly eight decades now been burdened by minimum wage legislation, an empirical test of imposing a minimum wage on America is out of the question. So let’s run the experiment backwards: eliminate the minimum wage and promise to keep it eliminated for, say, at least ten years. We’ll then be able to get a much truer and fuller sense of the employment consequences of minimum wage legislation.

So, to all of my “scientific” friends out there who base their support for minimum wages on “the data,” will you join me in calling for this important scientific experiment? 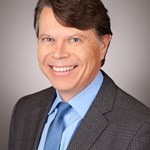