The Drug War Created the Cartels; Legalization Can End Them.

Has the War on Drugs actually, finally, made some progress?

“Legal marijuana may be doing at least one thing that a decades-long drug war couldn’t,” explains Christopher Ingraham in the Washington Post’s Wonkblog: “taking a bite out of Mexican drug cartels’ profits.”

Certainly “legal marijuana” is not the drug war. It’s that war’s antithesis.

Let’s recall, too, that legalization didn’t come about after five decades of drug war failure because politicians came to their senses, admitted their mistakes and advocated a different approach.

Instead, frustrated citizen leaders teamed up with successful entrepreneurs to launch ballot initiatives, allowing voters to directly decide the issue.

Domestic production isn’t driven merely by Colorado, Oregon, Washington State and the other Washington, the nation’s capital, where voters fully legalized possession. Marijuana for medical use is legal in 23 states, including California, where most domestic marijuana is grown. In these states, pot is widely prescribed.

The Drug Enforcement Agency (DEA) acknowledges that U.S. marijuana is being illegally smuggled into Mexico. (Maybe the smugglers will pay for the wall.)

On the other hand, what does it matter that the Mexican drug cartels are losing market share to non-violent American businesses?

Well, those cartels have waged a war with the Mexican government killing more than 164,000 citizens between 2007 and 2014. Less profit to fuel the Mexican drug lords in that bloody war is more for our peace and security.

This post first appeared at Common Sense with Paul Jacob. 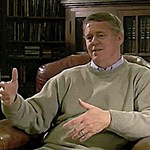