You are at:Home»Philosophy»Is There a Libertarian Defense of the Welfare State?
April 22, 2016 Philosophy

First, there are social insurance programs, such as government financed and administered retirement pensions, health insurance, and unemployment insurance — universal or near universal programs that are awarded regardless of the recipients’ income or wealth.¹ Second, there is state aid to the poor or less affluent, which of course is means tested and not universal.

More importantly, most of the welfare state is not devoted to state aid to the poor but to social insurance programs. The budgets of virtually all welfare states are dominated by spending on retirement and health care, which is far greater than spending on means or income tested programs. In this regard, the phrase “the welfare state” may be a misnomer, since most of welfare state programs are not about welfare in the sense of redistribution from the more affluent to the less affluent. We are stuck with the term, but I suspect the use of it is making the debate about libertarianism and the welfare state less clear that it could be.

Nowhere does Matt suggest that there is a solid classical liberal/libertarian case for social insurance programs — and for good reason, for in my view, that case is nonexistent. In my Is The Welfare State Justified? (Cambridge University Press, 2007) I argued that there is no such case even within mainstream (nonlibertarian) perspectives in political philosophy.

What about Jason and Jacob’s posts? Jason makes the case that what he calls the administrative state — regulations which attempt to control, manipulate, and regulate the economy — are more of a threat to liberty than the welfare state, by arguing that (some) Nordic welfare states which are lighter on the administrative state than, e.g., the USA, score higher on the Economic Freedom Index.

But that argument is also not a defense of the welfare state. It is an argument that if you have a welfare state, it’s better to have one that isn’t combined with a heavy handed administrative state. It’s not an argument, for example, that libertarians should prefer, e.g., Denmark over a society which had a lighter administrative state and market based alternatives to social insurance.

As for Jacob’s post, he argues that “in a world characterized by massive state action of all sorts, most of which does nothing to alleviate poverty and a great deal of which is actively regressive or harmful to the worst-off,” classical liberals/libertarians should not think that their main task is to argue against state aid to the poor (and he suggests one could get that impression from reading Nozick’s arguments contra Rawls).

That is also not a defense of the welfare state — it’s an argument that libertarians should have more important priorities than focusing on state welfare.

So is opposition to the welfare state an essential feature of classical liberalism/libertarianism? In my view, yes, in that we have solid arguments against social insurance programs and in favor of market based alternatives. But in the context of this post, my views are not important. What is important is that nothing Matt said in his post (or that Jason or Jacob said in theirs) suggests otherwise.

¹ One might object to calling programs like Social Security and National Health Care social “insurance,” since these kind of programs differ from market insurance in three salient ways. Social insurance is compulsory, not voluntary; second, rates are not determined by actuarial considerations (beneficiaries are not charged on the basis of expected risk, the raison d’être of market insurance); third, because competition is absent or significantly restricted, consumers have little or limited choice of types of policies or benefits. 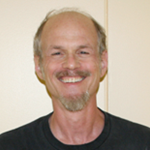 Daniel Shapiro is Professor of Philosophy at the University of West Virginia.