Giving stuff away to people who can’t afford to pay for it usually reaps praise. In the “net neutrality” world, though, it’s an outrage if you limit what you give away, as Facebook has discovered.

Facebook has come up with a plan called Free Basics or Internet.org “to makeaffordable access to basic Internet services available to every person in the world,” CEO Mark Zuckerberg has stated. Free Basics is designed to operate as a “zero rating” service, meaning that users can access any site they want on their cell devices, but as long as they stay within Free Basics, they aren’t charged data fees. Facebook receives revenue through arrangements with partners while getting Internet access to people who otherwise wouldn’t have it. Sounds like a win for everybody, right?

The problem, according to critics, is that this access comes withrestrictions. Mobile websites need to work in the absence of JavaScript, video, large images, Flash, and Java applets. (Java and JavaScript are two different programming languages in spite of their similar names.) Some of these features aim at avoiding bloated pages that consume large amounts of bandwidth — Internet access is expensive in some areas. Others discourage technologies that aren’t universally supported on mobile devices.

These restrictions, critics argue, violate the “net neutrality” principle, which insists that anyone who delivers Internet access should treat all data equally. Some neutrality advocates consider Free Basics outrageous. Indeed, a couple of countries have prohibited its introduction.

In December 2015, the Indian government instructed Reliance Communications, the only company in India offering Free Basics, to cease offering it until the Telecom Regulatory Authority could decide if it satisfied net neutrality conditions. The ban was made permanent in February 2016. Egypt has also banned Free Basics.

The net neutrality issue first drew widespread interest because of concerns that service providers might secretly provide more bandwidth for their own content or for sites with which they’d made deals at the expense of other sites. If any provider has done this, it might well constitute deceptive marketing. As applied to Free Basics, though, neutrality comes across as a categorical imperative.

Zuckerberg has undermined Facebook’s position by declaring that “connectivity is a human right.” If people have an inherent right to connect to the Internet — a “right” that some mysterious power denied to the whole human race for most of its history — then any restriction on access violates people’s rights. Zuckerberg’s opponents have been quick to jump on him for this. A CNBC article says that a critic in India “likens Free Basics to digital apartheid, saying it primarily serves Facebook’s interests rather than upholding the idea of connectivity as a basic human right.”

Even if the list of inalienable rights should include life, liberty, and logging in, protecting that right by prohibiting limited service is bizarre. It’s like saying people have a basic right to food and then banning giving out free tomato soup unless filet mignon is also provided gratis.

Free Basics may have its problems, but they’re the kind users can judge for themselves. Facebook’s free Internet service is not something governments have any legitimate reason to prohibit. 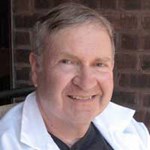