You are at:Home»Politics»No, Women Are Not Obliged to Vote for Hillary
February 13, 2016 Politics

“There’s a special place in hell for women who don’t help each other.”

It’s one of Madeline Albright’s most famous lines, and she’s brought it out on any number of occasions. Starbucks even put it on a coffee cup. I understand why. It’s eminently quotable and suggests a kind of tough-minded sisterhood that can be appealing. I can see its ready application, for example, when helping a drunk friend get home safely from a party or when holding another mom’s infant so she can use the restroom in peace.

But Albright should have been a lot more careful before she applied her signature line to what she sees as an obligation for women to vote for Hillary Clinton in the democratic primaries. Because the minute that you take her line out of the context of relationships among people and move it to the political context it loses whatever tough-minded charm it has, and it becomes a bullying, sexist, prescriptivist piece of obnoxious nonsense.

I don’t believe in hell, so threatening me with it has never had much purchase. But to the best of my understanding, for religions that do believe in hell, the things that get people sent there are sins against God or against other people. Taking a political action that someone doesn’t agree with (voting for someone other than Hillary Clinton) doesn’t seem to fit that bill in any way. Suggesting that it does mingles church and state in ways that sit uncomfortably with long American traditions.

And even if voting in a way that Albright thinks is wrong is a sin that leads to damnation, if Albright really is a believer in eternal torment and hellfire, she should probably be led by the many New Testament verses that counsel believers to use gentle correction and instruction toward those who have gone astray.

If Albright isn’t a believer in eternal torment and hellfire, she might be well advised to keep theology out of her politics entirely.

But even if we leave aside the myriad objections that arise when a bullying and inaccurate theology is dragged into the political realm, Albright’s insistence that women have a duty to vote for Clinton because she is also a woman remains moronic.

It is sexism of the oldest and most annoying type. With one comment, Albright managed to suggest the following:

Women have, over the centuries, gotten quite practiced at responding to these particular bits of idiocy. So while it’s disconcerting, at best, to hear this tosh from a woman of Albright’s stature and experience, it’s not particularly challenging to formulate an intelligent response. In fact, one thing that makes Albright’s comment so maddening is that, to many women, it seems so incredibly retrograde when applied to politics. It ignores the very real progress made by 21st century feminist thinkers in recognizing the different kinds of lives lived by different kinds of women — from different classes, of different colors, with different religions, of different sexualities, and in different bodies. By shouting right over that kind of nuance, Albright’s comment sounds like it’s stuck in the feminism of the 1960s.

Happily, we have had Mary Wollstonecraft around for the past nearly 225 years to respond to that kind of nonsense. Albright would do better if, like Wollstonecraft, she would “consider women in the grand light of human creatures, who, in common with men, are placed on this earth to unfold their faculties.”

Telling a woman how she should vote because she is a woman is no less insulting than telling her that she shouldn’t vote because she is a woman. Both approaches deny an individual the opportunity to unfold her unique faculties as she sees fit. Both approaches reduce a complex individual to a single characteristic. Politics routinely does this to all sorts of groups — women, people of color, people of faith, gun owners — and it is in every case an insult to the dignity of the individual.

But it is, at least, weak tea that exposes the fundamental truth about politics. It’s not about helping women. Or men. Or people of color. Or the unemployed. Or whomever we are told it is about helping.

It’s about helping the politician.

And I’ll be damned if I’m going to do that. 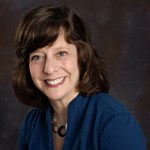 Sarah Skwire is the poetry editor of the Freeman and a senior fellow at Liberty Fund, Inc. She is a poet and author of the writing textbook Writing with a Thesis. She is a member of the FEE Faculty Network.