You are at:Home»U.S.»Police State»Over-Policing Is Rooted in Over-Reliance on Politics
July 13, 2016 Police State

Following the July 7, 2016 shooting of several police officers in Dallas, DPD Police Chief David Brown has been thrust into the national spotlight, and understandably so. Chief Brown not only has a remarkably tragic personal story—in 2010 his 27-year-old son was shot by Dallas police on Father’s Day seven weeks after he became chief of the DPD—the reforms he has advanced during his tenure as head of the Dallas police have been praised by the likes of Radley Balko as a “national model for community policing.”

So, whether Chief David Brown likes it or not, he has become the face of law enforcement in the on-going debate over police brutality. And yesterday, he flipped the script of the debate in a way not often suggested by police unions or civil rights activists, saying, “We’re asking cops to do too much in this country. We are. We’re just asking us to do too much. Every societal failure, we put it off on the cops to solve.”

Brown went on to say since there is not enough “funding” for mental health or drug addiction, the cops are expected to solve the issue. Failing schools and broken homes are supposed to be remedied by the cops too, Brown suggested, as he called for “other parts of our democracy” to help and “not put that burden all on law enforcement.”

I welcome Chief Brown’s suggestion with a qualifier. Indeed, the police are doing “too much” in this country. Yet, I worry Brown along with many civil right activists are caught in a catch-22. The more they call on our democracy to “do something” and pass more laws, the more the burden will necessarily fall upon the police to enforce such laws. For instance, when the Congressional Black Caucus called for gun control after the shootings in Louisiana, Minnesota, and Dallas, did they somehow think their calls for Congressional action would lead to fewer intrusive actions by the police?

How will passing more laws that make potential criminals out of more Americans ease the tension between police and citizenry? How will stripping Americans of more of their freedoms and wealth to fund government programs lead to greater freedom for the people?

Thus, though the police may be the face of law and order, behind their blue eyes rest the marching orders of politicians riddled with this presumption—that the law is the best tool for bringing order to a society facing complex problems.

Let’s not give the politicians too much credit though. They, of course, are elected by “the people” to presume as much. As Mencken wrote, “Democracy is the theory that the common people know what they want, and deserve to get it good and hard,” and though I do not think the common people deserve to be victims of police brutality, I am not surprised they have become the victims of their “representative” government. Indifferent to freedom, the people have forged their own chains and have given “themselves” the reins by empowering their government and its agents.

That said, I’d like to amend Chief Brown’s statement about the cops being asked to do too much and solve every societal problem. More than relying on the cops, we are relying too much on politics to solve our problems.

Every societal failure, real or merely perceived, is expected to be remedied by some new law or political program. Whether on the issue of drugs, health, education, broken families, or broken windows, the American people seem unwilling to voluntarily solve such societal problems themselves when they are more than capable of doing so. They would rather rely on political action and new laws leading to more enforcement. They are in no mood to spare the populace the proverbial rod of authority, yet we seem spoiled all the same.

Somehow the people have forgotten the law is not some benign tool or harmless guideline for the social engineering of society. They have forgotten that the law is always backed by the threat of force, and when a person understandably resists the law, even an unjust law, that person will most likely suffer and potentially die for upsetting “the will of the people” as carried out by law enforcement.

I contend if we continue to drift in this direction, becoming more and more obsessed with finding political solutions to our societal failures, the less and less moral, prosperous, and free our society will be. Morality, prosperity, and liberty cannot be fostered at the point of a gun draped in democratic demands.  Such things can only come from within the hearts and minds of real, flesh-and-blood individuals on the ground, acting to build family, fellowship, and community based upon enthusiastic individual consent.

Once family, fellowship, and community come to be represented by the government then what is sure to follow is the folly of state power: a permission-based society full of entitled masters and passive serfs where what is true, just, and beautiful takes a back seat to the trappings of state power and those who wield it.

In such a society, consent is not enthusiastic and individual but passive and general to the point where violence becomes institutionalized, opaque, and ultimately self-destructive for the vast majority of the population such violence is supposedly meant to defend. In taking up our causes, the state transforms our personal, explicit, and voluntary responsibilities to one another into general, vague, and outright coercive duties, hammering our natural “plowshares” into swords to be wielded by those with state power.

This is no petty point, for when we regard serving our fellow man as a personal responsibility, we posit a society of born-free individuals who are equal under the law and must help one another through voluntary aid and association. On the contrary, when we see our obligation to serve our fellow man as coercive state duty, we posit a society of rulers and subjects—rulers who need to instill in their subjects a “sense of virtue” by violently imposing whatever duties the state, as demanded by the people, deems desirable.

And in such a society, the cops will certainly be asked to do too much.

Positive and progressive change will not come from passively consenting at the ballot box or raucously marching to the sound of demagogues’ marching orders and laments. Change must come from within, person to person, day by day, helping to build the beautiful mosaic of community piece by piece.

So let’s remove the burden from the police and the impositions on the populace at the same time by repealing all laws that do not explicitly defend life and property. After that, there will still be many problems to solve, but at least we will then know most, if not all, societal failures are for us as individuals to solve and not the province of the state. 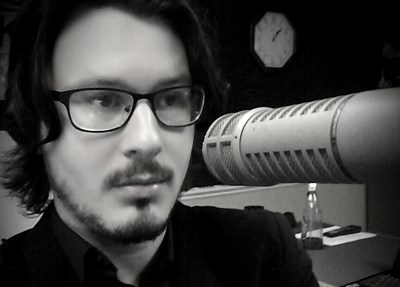 Joey Clark is a budding wordsmith and liberty lover.