You are at:Home»Philosophy»Robin Hood: Man of the People or Destructive Thief?
April 26, 2017 Philosophy

Robin Hood is a popular character in English folklore. For centuries, western culture has been captivated by the tales of Robin Hood. From William Shakespeare to Walt Disney, those who have shaped culture and entertainment have told the tale of the heroic outlaw who “stole from the rich and gave to the needy.”

Unfortunately, tales of Robin Hood have been passed down from generation to generation, yet very few have stopped to think about the what they mean. Superficially, Robin Hood is just a fascinating story told for pure entertainment. On the other hand, if you think about the story on a deeper level, there are several lessons to be learned from the classic tale.

Those who have a superficial understanding of Robin Hood’s tale rarely consider its historical context. Instead, they imagine Robin Hood would be like a modern-day Bernie Sanders character who “steals from the rich” (the one percent) and “gives to the poor” (those with less money). As Tibor R. Machan wrote, this was not the original idea behind the story:

In the original version of the legend, Robin Hood did just the opposite: He stole from those who stole from the poor and returned the loot to the rightful owners. In those days the upper classes, from the king to all his cronies, routinely engaged in extortion. They disguised this, however, with the phony claim that everything belongs to the king and his cronies.

In other words, Robin Hood’s story has been somewhat misunderstood as it has been passed down from generation to generation. The truth is that Robin Hood became a hero because he stole from the king and his cronies, who were only able to amass significant amounts of wealth by plundering the people they ruled and stealing the productive outputs of private individuals.

The issue with Robin Hood tales is that many have heard about how he stole from the rich and gave to the needy, yet very few understand the story from a historical perspective. Consequently, they make false assumptions, which lead to false conclusions about the moral of the story.

Obviously, society has changed substantially since the time in which Robin Hood was written.

During Robin Hood’s time, there was virtually no way to justifiably and ethically create wealth. Today, the state has a relatively smaller presence and the marketplace has made it possible to create wealth while benefitting society. When entrepreneurs make things that people are willing to buy—through free and cooperative exchange—this benefits society because entrepreneurs make profits and expand their businesses at the same time consumers become wealthier because their needs are satisfied.

When you think about the differences in today’s society and Robin Hood’s society, it becomes clear that Robin Hood didn’t become a hero because he stole from entrepreneurs who were benefitting society, but because reclaimed what the state had already stolen from the people.

Those that use Robin Hood’s motto to “justify” state theft (taxation) forget that theft and extortion are generally minimized in the marketplace while they are perpetuated and institutionalized by the state. In other words, the state is the thief and the private business owner is the public servant.

It is important to understand the context of Robin Hood because when the tale is misinterpreted, economic disaster follows. It is the people who believe fortunes are only made because of theft and extortion that want to hire a gang of thugs (the state) to “steal their wealth back from the evil businessmen” or the “one percent.”

Sadly, this leads to more arbitrary regulation and more taxation—both of which minimize profits—which entrepreneurs would have otherwise spent to grow the economy in the following ways.

Entrepreneurs Can Save Their Profits

When money is saved, the economy does not grow in the present. But this does not mean the economy doesn’t grow at all. If an entrepreneur wants to see his wealth expand he must either spend or invest his savings.

The point of having money is not to have money, but to have the things money can buy. If money is saved by hoarders just to be passed down from generation to generation, the benefit of having the money is never achieved. For this reason, all savings are eventually used for other purposes that will grow the economy.

Entrepreneurs Can Use Their Profits to Consume

When consumption takes place, other sectors of the economy expand. Just because a technology mogul doesn’t spend his money growing his tech company doesn’t mean he doesn’t expand the economy; it just means he doesn’t further expand his sector of the economy.

He might choose to buy fancy cars, which will expand the automobile industry; he might buy a home and expand the housing industry. Either way, if the entrepreneur spends his wealth on consumption, he expands certain sectors of the economy.

Entrepreneurs Can Lend Their Savings to Others

If an entrepreneur lends his savings to others, the economy also expands. In this case, the borrower spends his wealth on consumption or investment. If entrepreneur A lends profits to person B, and person B buys a car, the automobile industry expands. This happens on every episode of Shark Tank—the sharks lend money to aspiring entrepreneurs who then invest the money in their new businesses and expand the economy.

Entrepreneurs Can Invest Their Savings

Entrepreneurs can also invest their profits in two ways—they can invest in their own business or another business. If an entrepreneur does the former, he can expand his future productive capacity, satisfy more consumer needs, and expand the economy. If the entrepreneur does the latter, another business can invest in its future productive capacity and expand the economy.

It is also worth noting that the entrepreneur can choose a combination of all four methods above, which also grows the economy.

In conclusion, Robin Hood became a hero not because he stole from the evil one percent, but because he reclaimed what the government had already stolen. Those who misunderstand Robin Hood’s story are likely to conclude that the one percent has accumulated its wealth illegitimately, the wealth needs to be redistributed to others, and they tend to completely overlook the benefits that the one percent has created for society.

To answer the question of whether Robin Hood was a thief or a public servant, it all depends on your perspective. 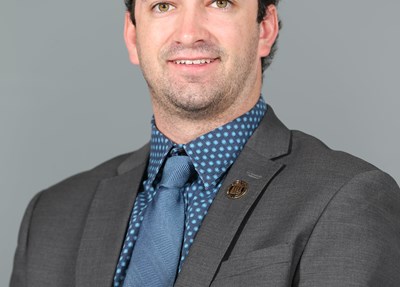 Phillip Parrish graduated from the University of North Carolina at Pembroke in the fall of 2016 with a degree in Business Administration and a Certificate in Entrepreneurship. He is now pursuing his MBA at UNC-Pembroke and writes regular articles for his blog The Daily Liberty. https://www.phillipparrish.com