You are at:Home»U.S.»Education»Seven Ways School Has Imprisoned Your Mind
May 12, 2016 Education

Young America is suffering a quarter life crisis. The job market is in the dumps and has been for as long as millennials can remember. Twenty-somethings are anxious about the direction of the country. The more politically aware among their generation are on pins and needles about the looming presidential election.

If you are in that frame of mind, we advise embracing “the serenity to accept the things I cannot change,” as an old prayer puts it. The fact of the matter is that there is little you can do to sway the political course of an entire nation. Neither your vote nor your advocacy will determine who will win the presidency.

But that doesn’t mean you are powerless. You can’t hope to liberate a whole country, but you can do a great deal to liberate yourself. Doing so requires the other part of the Serenity Prayer: the “courage to change the things I can.”

The first step toward self-emancipation is certainly not supporting or opposing a presidential candidate. Neither need it be civil disobedience, evasion of government directives, or resistance to the authorities. There is much lower hanging fruit to be had than that.

The impediments to our freedom are not limited to the guns, handcuffs, and prison cells that threaten us with violence if we disobey the powers that be. We are also burdened with spiritual chains. These bonds are the self-limiting habits of mind and false presumptions that weigh us down throughout life. They were fastened on our minds through compulsory schooling: by the state monopolizing most of our waking hours throughout our most formative years. The mindset installed by schooling makes things much easier for the government, which can rely on us to largely police ourselves. We have virtually been deputized as our own spiritual prison wardens.

So the first step to self-emancipation is what Zak Slayback, author of The End of School, calls “deschooling.” But this involves not just unlearning disinformation, but unlearning attitudes. Even if you have already shaken off the indoctrination, you may still be burdened with the conditioning you were subjected to at school. And that may be holding you back in your career and your life in general.

The good news is that these mental shackles can be unlocked, once you are aware of them. And doing so requires no political campaigning or confrontation with the authorities. This liberation is yours for the taking.

Here are seven horizon-limiting mindsets that almost everybody has picked up from their schooling to some extent.

“The conveyor belt does all the work. You just have to sit still and get moved to the next station. Everyone moves in the same direction. Everyone makes progress at the same pace, based on external factors like age.”

In school you don’t have to do much of anything to go from grade to grade. It takes a greater act of will to not move to the next stage. This mindset is killing you. It places the locus of control outside of yourself. It lures you into assuming, so long as you obey the rules, you’ll get handed the next piece of paper, promotion, or quality of life enhancement.

Get off the conveyor belt. It’s leading you to soul-dead mediocrity and perpetual frustration and envy when you see belt-jumpers excel fast and free. Don’t get mad. Join them.

“Raise your hand and wait to be called upon. Get in single file lines. Even your basic biological needs cannot be met without permission. You get a hall pass to go to the bathroom. You eat only when scheduled.”

This is what James Altucher might call the “Pick me!” mindset. It’s the belief that your own desires and actions – your very freedom – is something conferred upon you by authority. It’s waiting to get the call, hoping to get chosen for the job, anxiously awaiting the results and decisions of processes and actors over which you have no control. “If only I ask in the right way, they’ll say yes!”

This supplicant mindset is poison. It’s what opens the way for despots in society at large and desperation in your personal life. It’s time to choose yourself. Don’t wait for permission. Just do it.

“You are a student. Your task is to memorize what teachers tell you. This phase in life is for absorbing information through books and lectures. You study. You cannot try things in the real world until you theorize about them for a few decades.”

“The student is not a practitioner. The student can’t put ideas into motion until passing a test. Everything is pass/fail, not open exploration and experimentation. Everything has a grade. Students don’t play. They don’t work. They study.”

Nonsense. Freedom comes from the complex creative interplay of doing and thinking in tandem. Play, work, and learning are not separate phases or activities.

You are not a student. You’re a lifelong learner.

“You’ve graduated from studenthood. Your job is to have the answers and provide the structure. You must know everything and be the expert. Everyone’s fate is in your hands. You must train them to do what they couldn’t if left alone. You must grade them. They either pass or fail.”

Real learning and living doesn’t look anything like the teacher-student structure in schools. No one knows the answers. People have varying degrees of knowledge, ability, and skill, but learning is dynamic and respect must be earned by action, not given by title.

The sooner you can drop the teacher mindset the sooner you can collaborate with others, coordinate, persuade and influence. You aren’t there to make people into the “right” shaped widget. You’re one node in a network that has no standardized measures of success.

“Work is for survival. It sucks. You must be coaxed into doing it. You studied to be able to work and now you work to be able to live. You do exactly what the boss wants you to do and no more. You get a specific job with a specific title and that defines not only your activities but your personality.”

This approach to work is blind to reality. Work is not pain or dullness by definition. The best things in life require work. They’re hard, but they’re fun. Work isn’t just a means to a dangling carrot, it’s a process of discovery and fulfillment itself. But only when intrinsically motivated. You’ve got to choose your work.

“Play is an escape. It’s irresponsible in excess. It must be limited. If you study and work hard enough you can earn some tiny shred of play.”

“Recess is vacation, summers off, weekends, retirement. It’s the belief that the majority of your life is drudgery endured for brief glimpses of freedom and indulgence.”

This mindset not only prevents learning or working from being joyful, it ruins leisure. The desperate week-long escape becomes a bender. A mere numbing of the senses to the reality of an unfree life, not a deeply fulfilling experience.

Seth Godin put it well when he said, “Instead of wondering when your next vacation is, maybe you should set up a life you don’t need to escape from.”

“Your interests must be career-ified and tracked. Everything must be given a title and every action must be a step in a clear path to that one thing that will define you.”

In reality your major doesn’t matter. What you want to be might not exist by the time you “grow up”. What makes you come alive probably hasn’t been invented yet.

Shed the pressure to find your calling and immediately plot a perfect path toward it. Instead, just don’t do stuff you hate. Everything else is fair game. As long as you’re not doing stuff that makes you dead inside, you’re moving closer to creating a life you love.

Maybe none of this applies to you. Perhaps you were unschooled or you were willful enough to pass through an entire childhood of schooling spiritually unscathed. Otherwise, personal freedom requires first facing up to the fact that you have been institutionalized, and then getting to work de-institutionalizing, or deschooling, yourself.

Only a people who first free themselves spiritually and individually can hope to free themselves physically and as a society. It is impossible to liberate people, as Voltaire said, “from the chains they revere.” And the first order of business in improving society is, as Albert Jay Nock said, “to present society with one improved unit.” 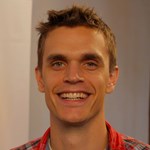 Isaac Morehouse is the founder and CEO of Praxis. He is a member of the FEE Faculty Network. 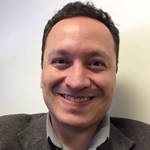 Dan Sanchez is the Digital Content Manager at FEE, developing educational and inspiring content forFEE.org, including articles and courses.