pdate 3 – 1130ET – Police Chief confirms 10 Police Officers shot by snipers in Dallas, with at least 3 dead, 2 in surgery, and 3 in critical condition:

Update 2: According to Breaking 911, the Dallas gunman has been described as a black male wearing green ballistic vest with a long gun. Fox adds that 3-6 officers have been “gravely wounded” while according to the International Spectator there is an active situation at the Omni Hotel in Dallas. There are reports of two suspects.

“There are three to six officers who are gravely wounded, according to my sources inside the Dallas Police Department,” KDFW’s Shaun Robb reported, adding, “This is going to be an international story.”

One was a Dallas police officer and the second officer was a Dallas Area Rapid Transit officer, KDFW is reporting. KDFW also reports that police are in negotiations with a second suspect.

Local Fox-affiliate KTVT relayed police commands that the suspect was armed with a rifle in a nearby alley, after previously, the station had reported that at least one suspect was down, following SWAT officers with shields storming a parking garage.

Update 1: amazing video footage from the scene of the shooting

Earlier today we said that we expected violent retaliations during tonight’s numerous rallies to protest the shooting of Philando Castile, and sadly just a few hours later, we were proven right. According to local news sources, several Dallas police officer have been reportedly shot down during a protest, causing the demonstrators to run out to clear the area. The armed suspect is reportedly on the loose, and police are urging people to avoid the area.

The extent of the injuries are not known.

The shootings took place as a rally and march in downtown was ending that showed solidarity for communities affected by officer-involved shootings this week in Louisiana and Minnesota.  Several hundred people gathered at Belo Garden Park in Dallas and marched to the Old Red Courthouse near Main and Market streets, where the rally ended just before the shots rang out nearby at about 9 p.m.

There is no word on whether any civilians have been shot. Police have not released information on any possible suspects in the shooting. DART public transportation service is suspended in downtown due to police activity.

As KDFW reports, an officer on the scene confirmed that at least two officers were shot but their conditions are unknown. The shooting happened just before 9 p.m. as the protesters were marching near Lamar and Main St.

A uniformed officer confirmed that two officers were shot, a Fox News reporter on the scene has reported. G.J. McCarthy of the Dallas Morning News caught video just after shots were fired. 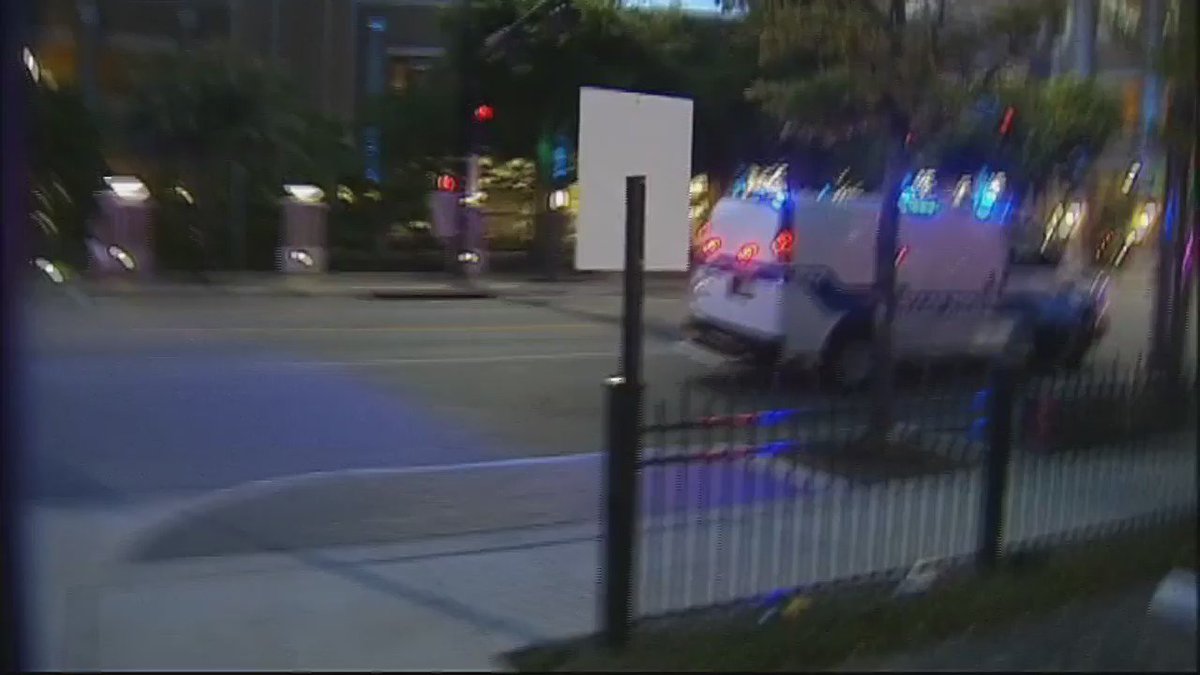 #BREAKING: Our cameras captured several shots ring out during a protest in Downtown Dallas 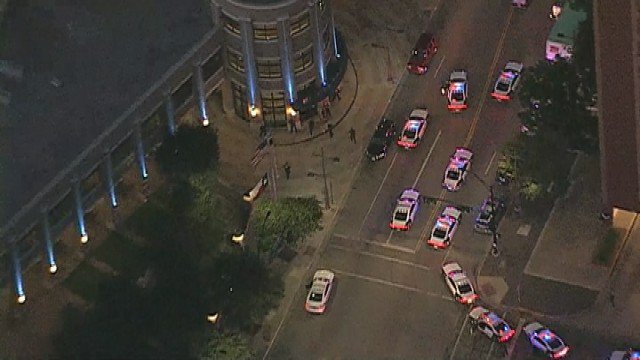 #BREAKING: An officer on scene confirms at least two Dallas police officers have been shot.

BREAKING UPDATE: Police are reporting shots fired during the protest march in downtown Dallas. We are working to confirm.

Update – This shooting occurred during a large demonstration/protest of recent police involved shootings. 1000+ were marching in downtown.

Update – No confirmation on who/how many people shot, but at least one transported to Baylor Dallas. Hospitals notified.

This is a little bit cleaner clip. Shots fired at the #blacklivesmatterprotest.

Update – Scanner traffic does indicate at least one officer injured in this shooting, transported to a local hospital.