You are at:Home»Media»Movies»Star Wars: Intellectual Property Strikes Back
March 11, 2016 Movies

Star Wars: The Force Awakens is already one of the most successful films of all time, and the Star Wars franchise is poised to grow at .5 past light speed for the foreseeable future. Yet, while Disney rapidly develops new chapters for the saga, it’s also quietly deleting some old ones: in 2014, Lucasfilm announcedthat to make way for the new films, the Star Wars Expanded Universe (or EU) would no longer be considered canon, a decision that disappointed many longtime fans.

The EU refers to the vast number of novels, short stories, comics, and games that explore the Star Wars universe outside the major films. These works enjoy an enormous following but are now consigned to a kind of alternate universe called Star Wars Legends. In other words, they will be disregarded by Lucasfilm’s officially licensed material, and any new Star Wars stories will have to fit the new canon. The original EU is discontinued, which understandably has fans feeling abandoned.

Why should the EU pose a problem, though? Why can’t artists and fans simply continue developing the canon they love, while Lucasfilm does the same? The answer is simple: intellectual property law.

Disney’s ownership of Lucasfilm allows it to license the Star Wars brand and all related intellectual property rights, especially its copyrights and trademarks. Anyone adding to the universe can only do so with permission, giving Lucasfilm power over any content within the universe or even similar to it.

In fact, Lucasfilm has a long history of aggressively litigating its IP, suing everyone from small businesses to major corporations. One of the most infamous cases was brought against the original Battlestar Galactica TV series, which was accused of copying at least 34 distinct ideas from Star Wars. These included such astonishingly original concepts as a friendly robot, an imprisoned heroine, and a movie ending with an awards ceremony.

Returning to the EU, it does make some artistic and financial sense for Disney to steer the franchise in a new direction by discontinuing older content. At the same time, artists and fans want to enjoy the EU they already know and love, something Lucasfilm legally prohibits by enforcing its IP.

My point is not that one stream of content is objectively better, but that it’s vital for all involved to freely choose the kind of content they want to create and sell. By increasing costs to both consumers and innovators, IP has already played a role in the decline of art forms like classical music, and copyrights and trademarks have similar effects in the world of pop art.

For Star Wars, original content mainly revolves around trademark rights, of which Lucasfilm owns many. Its usual defense of these properties is that unlicensed content causes confusion: without legally enforceable restrictions, consumers might think they’re buying “genuine” products when they’re actually getting cheap imitations. Furthermore, products similar to those created by Lucasfilm might be used to earn profits for noncreators who capitalize on confusion. A licensing deal from the original source ensures people won’t be taken in by unskilled or unscrupulous artists.

Assuming this is the real motivation for trademark protection, the argument is still weak. Like many consumer-oriented regulations, trademark law is patronizing: its basic assumption is that people are too dim to distinguish between official products and knockoffs or other free riders on the brand. But consumers, especially the kind of devoted fans Star Wars inspires, are perfectly capable of figuring out for themselves which content they prefer. The real issue boils down to revenue: Lucasfilm doesn’t want other businesses profiting from ideas it “owns,” and it’s perfectly happy to use monopoly privileges to protect its bottom line.

But Lucasfilm doesn’t need to litigate its trademarks to preserve profits or brand identity, which would likely be stronger in the long run without IP. For example, without trademarks, Lucasfilm would continue to officially sanction content it approves of and let consumers know which works are not “official.” If fans respect its judgment, the official Star Wars brand would thrive as people adopted Lucasfilm’s endorsement as a benchmark for quality and narrative continuity.

Competition for fan loyalty would drive official and unofficial creators alike to produce high-quality content. Different groups of creators would specialize in their own alternate universes that would succeed or fail based on their ability to satisfy fans. This would also eliminate the uncertainty surrounding fan fiction, which exists in the complex gray area of “fair use” laws. Most importantly, we’d all be able to decide for ourselves which works we treat as canon and which we abandon to the garbage masher of history.

The only truly expanded universe — one that’s creative, innovative, and prosperous — is one without IP protectionism. When we embrace genuine competition in ideas instead of competition through legal privilege, then, as Obi-Wan Kenobi would say, we’ve “taken a first step into a larger world.” 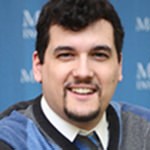 Matthew McCaffrey is assistant professor of enterprise at the University of Manchester and editor of Libertarian Papers.