You are at:Home»Freedom»When Taxes Threaten Your Livelihood
August 5, 2016 Freedom

Chris Hughes has owned Fat Cat Vapor Shop for almost three years. The shop – tucked away in a small Lycoming County borough in Pennsylvania – specializes in electronic cigarettes (e-cigs), which many people seek as a healthier alternative to traditional smoking.

Chris understood the needs of people looking for an alternative to cigarettes. Instead of waiting for someone else to meet those needs, Chris took a risk and opened his own vape shop in December of 2013. “I didn’t go into business for myself,” Chris said. “I went into business to help people.”

His capacity to help others is now in jeopardy.

Earlier this month, the state legislature passed a 40 percent excise tax on Chris’s vape shop and others like it. Worse, the tax is retroactive. Not only is the 40 percent tax imposed on products Chris buys, but he must also pay the tax on existing inventory.

According to Chris’s estimates, the new law would require him to make a tax payment of up to $40,000. “I just can’t afford that. This tax is forcing me to close my business.” Lawmakers included the new tax on e-cigs as part of a $650 million tax increase package to balance the state’s budget.

The new e-cigs tax raises $13 million, which accounts for just 2 percent of the overall tax package. But to Chris, the tax is an enormous burden on his business – one he won’t be able to recover from. Chris isn’t the only one upset at the prospect of closing. “I’ve had customers come in crying because of the news that I’m shutting my doors. This is wrong. This is just unfair.”

Chris attempted to work with the legislature to pass a less punitive tax, but to no avail. His pleas to avoid a life-altering tax fell on deaf ears. Chris plans to close his shop in September if lawmakers don’t repeal the tax. “I’m going to continue to fight, but I can’t help but feel let down by my government.”

Fortunately, there’s still time to make things right. Lawmakers should come back to Harrisburg and repeal the excise tax. Any revenue lost could be offset by cutting spending from the $800 million of corporate welfare in the state budget.

Reducing special subsidies to save the livelihood of small business owners like Chris is a practical and moral solution to an unacceptable problem. It’s also a cause worthy of lawmakers’ attention—and one they must pursue before time runs out. 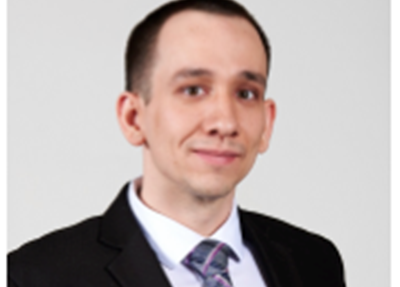