We’ve been doing it for thousands of years. We brand someone a criminal, force him to submit at the point of gun, throw him in a cage for many years, rob him of everything that makes anyone a human being, and charge the taxpayers for all expenses.

Collectively, the victims of this system we call inmates, as if they have no individuality, no personal stories, no hopes and dreams worthy of consideration. There is no excuse for what they have done. They are either stupid or evil. After all, they are locked up, so they evidently did something wrong. We fear them when we think of them, but mostly we don’t think of them unless one of them happens to be a family member. Then we make up fantasies in our heads about how justice is being done.

These days, we call this “corrections,” a word that conjures up a third grade teacher correcting a student for coloring outside the lines or for yanking someone’s pony tail. What it doesn’t suggest is the existence of a gigantic industry that functions outside of the public eye and is ruled by a tiny number of judges, wardens, and guards – people permissioned by the law to be masters in this cruel game – that ruthlessly presides over the enslavement of millions of people all over the world.

Why does this system persist? Maybe it is the right and only way. Or maybe there is another way. We’re not allowed to find out, because there is no innovation in the penal system. It works now pretty much how it worked in the ancient world. That’s for one reason: by long tradition, criminal justice has been a monopoly service provided by the least innovative, least compassionate, least humanitarian institution in society, namely that lumbering beast we call the state. Surely if government has a role at all, it is to capture, cage, and gag 1% of the population and violently segregate them off from the rest of us for whatever reason legislators and bureaucrats decide.

It took only one day in jail for me to discover a more complex picture. It was about 10 years ago when the police showed up during my Sunday brunch, cuffed me, and threw me in a cage with bars. I was a prisoner because I had failed to pay a traffic ticket. Surely, I thought while I was in the back seat of the cop car, I would be an anomaly in the big house, a rare case of a decent due caught up in a bad system.

It turned out that my fellow prisoners were the same. This guy was arrested for walking around downtown while inebriated, this person for selling a friend a joint, this person for publicly drinking at the age of 20, this person for being late on child-support, this person for leaving Wal-Mart with a ham sandwich he hadn’t paid for, and so on. They were all nice people. Nothing about their present fate would change the past. We were all stuck in this pointless plight together.

The second time I went to jail – this time it was a bureaucratic foul up over a license revoked in one state but not in another – I stood all day behind bars with a Hispanic man with a DUI. They found some pot flakes in his pocket. He received a felony charge for trafficking a controlled substance in a correctional facility. He would face many years in prison, whereas I was being released later that day. They found no illicit plants on me. Also, I had a credit card on which to charge the fees to pay my bill, whereas he was poor and had nothing. Meanwhile, from the cell we watched bureaucrats, police, and guards yucking it up together about this and that, high fiving it when they have their way with their victims, all of them unmoved by the personal tragedies that surrounded them daily.

While we were standing there, I asked my inmate friend what the difference was between us and those on the other side of the bars. “They are lucky; we are not.” It sounds like a line from the film noir of the 1940s. But the more I learn about prison, the more it seems true.

Orange Gets Ever Blacker

The single most frustrating dimension to the issue of prisons is that it is too easy not to care. This is why the Netflix series “Orange is the New Black” is so fantastic. It is the saga of life in a women’s prison based on a true story.

The shows reveals what we do not want to admit. Labeling someone a criminal does not take away their humanity. They are still aspirational, creative, social human beings. What prison does is create a microsociety that develops and grows in a deeply distorted form. The imprisoned acquiesce to their plight but never stop doing what the rest of us do, which is searching for ways to make a better life. And somehow they manage to do so, even amidst all the suffering, tragedy, and emotional and physical carnage.

I’ve written about previous seasons here and here. We are now on season 4. It strikes me as richer, deeper, better than any previous season. The show had been criticized for painting too pretty a picture – too much charm, too much safety, not enough brutality to capture the grim reality. If that was a problem in the past, this 13-episode season certainly fixes it. The story arc is nothing short of epic, and the character development more vivid and humanizing than any we’ve yet seen.

The Corruption of Private Enterprise

The institutional backdrop here is a challenge for those of us who believe in private enterprise. The prison was once administered entirely by government agents. Now it has been “privatized,” which is to say that a private company has been contracted with to manage the place. Isn’t this a good thing? Not so much. The company is paid per prisoner, which provides a strong incentive to stuff as many people in the place as possible. Whereas real markets reward humane values, this kind of fake privatization only rewards profiteering at the expense of others.

Yes, the infusion of private enterprise into a government-based sector can bring new energy, efficiency, and excitement to any undertaking, even slavery blessed by law.

In “Orange” 4, the warden and some company officials visit an industry expo called “CorrectiCon” that shows off the newest and coolest methods for achieving compliance among those held captive. There’s tech, glitz, cocktails all around, and everyone is making money. And it makes the blood run cold.

Things go from bad to worse when the company hired to run the prison needs extra guards and culls them from a veterans group. Trained in the art of controlling and killing without regard to the usual pangs of conscience, these people ramp up the authoritarian structure, tolerating not the slightest deviation from their plans. The results are ghastly – and ultimately unsustainable.

Consider that private enterprise is for peace, not war. Prison is unrelenting microwarfare against a targeted population group. They don’t mix well. Real prison privatization would find a market-based alternative to the entire penal system as it is currently structured, breaking a static cycle of corruption that is thousands of years old.

The last time I went to jail, I asked the guard if he had seen “Orange.” “No, I have no interest in it. That show is about my life. Off hours, I prefer fantasy to reality.”

I get it. But there is more to “Orange Is the New Black” than discovering the interior life of a captive nation. It is also about the relationship society has with power, and the human response to the institutionalization of human-rights abuses wherever they might occur.

All of us face complex choices in a society imprisoned by government. We can fight the power and lose the battle. We can give in to the overlords and lose our souls. Or we can do what these women in “Orange” do: find clever ways to make the best of things day to day, while playing the long game of weakening power structures insofar as it is possible.

The women in this prison are never more successful at doing this than when they are reminded that they all have a common enemy, regardless of class, race, and national origin. That enemy is power itself. Who will win? There is no final answer, no culminating event. The struggle for liberty began with history itself and will continue so long as there are human beings on this planet. Letting power triumph is not an option. 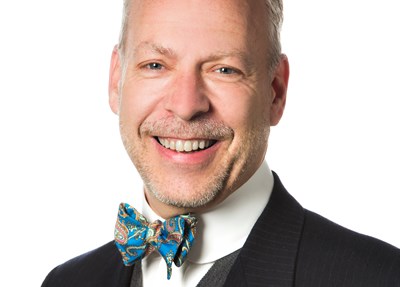