You are at:Home»Philosophy»Have You Been Using the Term Liberal Incorrectly?
March 31, 2017 Philosophy

Liberalism, from the Latin liber, meaning free, referred originally to the philosophy of freedom. “Liberal” was once an honorable word used to describe those who put liberty first.

To the everyday American, a liberal is a person who votes Democrat, wants more government regulation, supports the redistribution of wealth from rich to poor, favors gun regulations, loves public education, and mostly stands in opposition to what passes as “conservative” these days.

This, in reality, is anti-liberalism. In fact, they are rather moderate socialists.

The change in meaning came about somewhere around 1900 in English speaking countries. Tragic, but it’s more than just a definition disfigurement.

Liberalism is a comprehensive philosophy, the political creed, of those who favor liberty above the power of the state.

The use of state power is the use of physical force, one individual manipulating the will of another to his wishes under the threat of physical harm. Recognizing this is important because liberty is about real life, not merely an intellectual abstraction.

Pacifists are forced, through taxation, to pay for killing machines; vegetarians are coerced into subsidizing junk food and grazing land for cattle. Liberalism argues that no one should be faced with torture or death because of where her conscience leads her.

The origins of liberal anti-statism go back at least to the mid-17th-century English Levellers, who said that natural rights could be evolved from natural law.

It is this natural rights tradition that was the basis for the principles expressed in the American Declaration of Independence.

But liberal insights pre-date the Enlightenment and even have precedent in the ancient world.

So, let’s get it in still sharper focus.

Liberal thinking permeates German classical poetry as in the works of Schiller and Goethe.

Scottish philosopher and “first economist,” Adam Smith, described in 1776 the outrageous idea of “allowing every man to pursue his own interest in his own way, upon the liberal plan of equality, liberty, and justice.”

The remarkable fruits attributed to liberalism resulted in a Great Enrichment in Europe and the Anglosphere of real, inflation-corrected incomes per head, from 1800 to the present, by about 3,000%.

Recognizing that the whole of the earth’s surface is an economic territory is liberal thinking. Liberalism is a world-embracing political concept with free trade and free migration—just as much between nations as within nations—at its core.

So, liberalism means a return in spirit to the dawn of 1776, to “the obvious and simple system of natural liberty.” True liberalism holds the oldest and best traditions of American freedom.

But, for all it’s valuable historical foundation and rich and sweeping literature, the term liberalism just couldn’t move beyond the nineteenth century in America without changing its meaning.

Historian Ralph Raico lamented that, “no serious effort has been made to provide an overall account of the history of liberalism.”

Unfortunately, the regrettable loss of the word liberal made it necessary to substitute contrived mealy surrogate labels like the qualified “classical” liberalism and “authentic” liberalism, and “libertarian.”

What to do? Reclaim liberalism. Rescue the once-proud term from those who use it incorrectly.

Let’s not dismiss this idea outright. Hear me out.

Disruption and outside-the-box-thinking are, apparently, in popular favor. So, I’m asking my government representatives and those in journalism and the news media to start using the term in its accurate meaning. People calling others liberal on the social media hive mind, you are using the wrong word.

America was once the liberal country par excellence. Now that you know more of the story about the pro-liberty orientation the term liberal originally denoted, maybe you, mirabile dictu, will consider yourself a liberal, too. 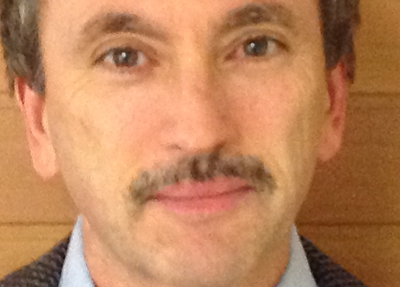 Kent Lalley, together with family and career, is interested in gaining a better understanding of economics:  the philosophy of human life and action that concerns everybody and everything.