The Wall Street Journal released a series of pieces this week in support of Libertarian presidential candidate and former governor of New Mexico Gary Johnson, who has been growing in popularity of late.

This article first appeared at PanAmPost

Gary Johnson and his running-mate William Weld are presented in a May 30th WSJ opinion piece titled “The Libertarian Alternative” as sound options for disenchanted and disgruntled Republicans who disapprove of Trump’s ways and cannot bring themselves to vote for Hilary Clinton. Additionally, Johnson is presented as a safer alternative for democrats who dislike Clinton and can see eye-to-eye with the basic policies of the Johnson-Weld campaign.

The WSJ explained that Johnson’s campaign — currently at 12 percent — will need to reach at least 15 percent in the five main polls in order to participate in national debates, traditionally one of the most effective ways to spread a campaign message and give him a real shot at the presidency. 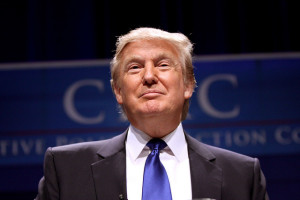 The piece concluded by stating that even if Johnson does not succeed in winning states, the higher-than- expected votes he receives will be a “useful reminder to major party candidates” that they are not the only option out there.

Readership response was positive. It appeared as though many shared the previous article’s opinion in that Johnson-Weld seemed like a fantastic alternative:

“They are two successful former governors with unimpeachable conservative credentials on economic matters, tolerant views on social issues and bipartisan appeal to boot,” commented James Liddel. Others who wrote into the paper in response declared that a Libertarian ticket on the ballot could potentially punish the two established parties for “breaking faith with America for giving us unacceptable candidates.”

After a year of campaigning and vicious attacks between Democratic and Republican candidates, can the American people accept a relatively new party as a viable third option? It is difficult to say. The only way to know would perhaps be to see Johnson in action at a national debate, facing off directly with the other candidates. With the help of news outlets such as CNN and the Wall Street Journal, Johnson’s growing popularity and participation in national debates does not seem like an impossible feat.

This article first appeared at PanAmPost