Every December 5th, American beer, wine, and spirit enthusiasts celebrate Repeal Day. It was on this day in 1933 that the United States officially passed the 21st Amendment, effectively ending the failed “noble experiment” known as Prohibition. This was not only a good day for liberty and libations; it also marked the end of a violent era in American history.

The transport and sale of illicit booze became a prolific criminal enterprise backed by well-armed, violent gangs. The result: a homicide rate in the United States that steadily climbed between 1920 and 1933. In addition, the rise of “victimless crimes”—namely, consumption or possession of alcohol—added to the already overburdened judicial system. Furthermore, alcohol consumption—what Prohibition laws sought to minimize—actually increased nearly 70 percent.

To call Prohibition a failure would be an understatement.

Repealing Prohibition destroyed the monopoly on alcohol maintained by organized crime. Disempowering the black market produced a noticeable decline in the homicide rate. In fact, homicides continued to diminish each year for eleven years straight.

Prohibition All Over Again

Fast forward 82 years, and we are in the midst of Prohibition 2.0. This time we call it the “War on Drugs,” and its impact is even more deadly.

If concerned citizens want to get serious about reducing gun violence, then they should be encouraged to focus less on policies that are ineffective—“assault weapons” bans, gun buyback programs, and outright confiscation—and focus more on ending our failed, four-decade long, overly-militarized, trillion-dollar battle against narcotics.

Let’s put gun violence into perspective. There is no doubt that gun violence is a problem. Guns are used in nearly three-fourths of all American homicides.

What typically brings gun control to the forefront of our political dialogue is the recurring tragedy of a mass shooting. However, mass shootings receive a disproportionate amount of media attention considering how much they actually contribute to our national homicide rate.

According to Mass Shooting Tracker, in 2014, mass shooting incidents resulted in the deaths of 383 people—about 3% of total gun homicides for the year. In comparison, the violence caused by the Drug War overshadows the bloodshed of mass shootings. Though difficult to quantify due to inconsistent reporting, estimates of drug-related homicides reach as high as 50 percent of the total homicides in the United States.

Though recent tragic events shock the collective conscious, it is important to consider them in perspective of what is truly killing so many people. The War on Drugs is less of a spectacle than these mass shootings; instead, it is a slow-killing, institutionalized type of violence.

Without legal mechanisms in place, the only option for arbitration in the black market is violence. This violence takes many forms: turf wars between drug suppliers where civilians are also caught in the crossfire; no-knock police raids (sometimes occurring at the wrong house) where suspects are gunned down; drug addicts assaulting others to secure money for their addiction. The multi-faceted nature of the violence makes the task of fully grasping the available data difficult.

The violence of the American Drug War has even spilled over internationally—primarily in Latin America. Between 2007 and 2014, Mexican authorities estimates that 164,000 homicides were the result of cartel violence. For perspective, during the same time period, civilian deaths in Afghanistan and Iraq totaled 103,000 combined.

How the Drug War is to be dismantled is open for debate; deescalating law enforcement militarization, emphasizing treatment over incarceration, decriminalizing certain substances, or outright legalization are all on the table for consideration.

Despite our backwardness regarding most drug policies, the United States is ahead of most of the international community when it comes to the legalization of cannabis—and we are witnessing some of the positive effects of those efforts.

Colorado legalized recreational marijuana with Amendment 64 in 2013, resulting in a “green rush” of population growth. Despite the increase in population, Denver police reports indicate a drop in overall crime, including a 24 percent drop in reported homicides.

Granted, the Colorado experiment with legalized marijuana and its benefits is still new. Plus, it is difficult to demonstrate correlation with such a small sample of data. However, there is a distinct correlation between increased policing of controlled substances and the escalating violence of the black market in those substances. The Independence Institute examined arrest and homicide rates throughout the 20th century and concluded that the greatest contributor to violence is “a violent black market caused by the War on Drugs today, and Prohibition in the 1920’s.”

Even if we ignored the violence inherent in this failed policy, the War on Drugs would still be considered a complete waste of public resources. The United States has invested close to a trillion dollars in drug-related law enforcement over the past four decades.

And what was the return on investment? A black market valued at $100 billion annually and a drug use rate that is the highest in the world.

Einstein defined insanity as repeating a specific action and expecting different results. If that’s the case, our current Drug War is—in the words of Ethan Nadelmann of the Drug Policy Alliance—the “international projection of a domestic psychosis.”

If we choose to continue down this costly and deadly path, we will continue to reap what we sowed over 82 years ago during our first failed experiment with prohibition: increased use of the banned substance, increased burden of cost on public coffers, and increased loss of life—all due to failed policy. 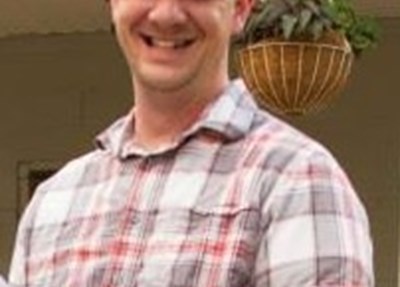 Jay Stooksberry is a freelance writer with a passion for liberty, skepticism, humor, and whiskey. When he’s not writing, he splits his time between marketing consultation and spending time with his wife and son. Follow him on Facebookand Twitter.