You are at:Home»U.S.»Education»Why Is School Compulsory?
June 30, 2016 Education

School has nothing to do with freedom. First, there are state laws mandating that you have either attended school or have learned the very specific kinds of things you’d learn in school. That form of education is not a choice: it is legally compulsory.

But his point didn’t end there. Illich recognized that preventing the state from making school compulsory might not be enough. We live in a society where even if schooling weren’t legally compulsory, we’ve grown to think of it as the only legitimate path to adulthood. In other words, schooling (or something like it) is not only legally mandatory, but it is culturally mandatory.

After Illich proposed this separating-school-from-state amendment, he suggested that it might have to be accompanied by a “law forbidding discrimination in hiring, voting, or admission to centers of learning based on previous attendance at some curriculum.”

Think of it this way: even if schooling were not legally compulsory, if you live in a society where employers and others expect to see a school transcript as a condition of employment or of membership, or where the common question posed to children is “What did you learn in school today?” then most people will see school as the path to becoming an adult.

Despite the title of Illich’s book, his end goal wasn’t the abolition of schools. At several points, he makes it clear that school is fine as an option for people who want it. His concern was that the legal establishment of schooling leads to the idea that the only way to learn the necessary skills for adulthood is through schools. Twelve-plus years of math and English, of grades and grade point averages.That schooling.

How have we succumbed to such a narrow understanding of education? Simply put, when anything is legally mandatory, it becomes universal, and when anything is universal for long enough, the culture forgets that there were ever any alternatives.

Public school advocates in the early 19th century like Horace Mann and Henry Barnard sought to create tax-funded public school systems in the states that, because they wouldn’t charge tuition, would outcompete private schools. Eventually, reformers pushed for laws making school attendance mandatory in all states (Massachusetts was first in 1851, and Alabama was the last in 1918).

In the early 1900’s reformers also succeeded in mandating all teachers (at least in public schools) must pass through state-approved teacher education programs. As historian Diane Ravitch describes, “Teacher certification eventually came to be identified with the completion of teacher education programs rather than with the receipt of local certificates or the passing of subject-matter examinations.”

The result was that, by the early 20th century, each state had laws mandating that the proper path to adulthood was to go through a set amount of schooling, and while one could go to a state-approved private school if one could pay tuition, the obvious choice for most was the local (“free”) public school — which only hired teachers who passed state licensing requirements.

Those legal requirements have cultural effects. Colleges and jobs that don’t require college degrees grow to expect or require high school transcripts as part of the application process. And culturally, we come to see schooling as a normal part of childhood — any parent out with their child during a school day can expect to hear, “Shouldn’t she be in school?”

The question “How old are you?” has been all but replaced with “What grade are you in?” Suzy isn’t 11 or 12; she’s a sixth grader.

Homeschooling and unschooling are on the rise, but even then,many states (like Louisiana, Maine, and New York) set strict guidelines on how homeschooling may or may not be done, including what subjects must be taught and annual testing of students that resembles testing done in public schools.

Culturally, the current model of K–12 schooling is so entrenched that homeschooling and unschooling are often criticized for not properly “socializing” children, the assumption being that the proper socialization is the kind found in schools.

When Illich called the first chapter of his book “Why We Must Disestablish Schools,” he meant disestablish in two senses. Legally, he argued that there should be no compulsory schooling laws or state licensing laws for teachers that, as he said “constitutes a form of market manipulation and is plausible only to a schooled mind.”

But he also wanted to see a world in which companies no longer require school transcripts for hiring, a world without the cultural expectation that the only or best path to adulthood is through formal schools. School should be one educational option among many: apprenticeships, individual or group tutoring, and any other educational structure human minds can create. But schooling should not be the culturally privileged default option. 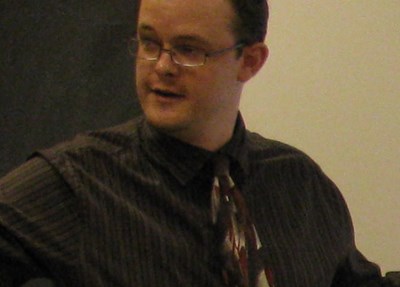 Kevin Currie-Knight teaches in East Carolina University’s Department of Special Education, Foundations, and Research. His website is KevinCK.net. He is a member of the FEE Faculty Network.