You are at:Home»U.S.»Zookeepers Plead With Oregon Zoo To Prevent Killing Of Packy The 54-Year-Old Elephant
February 10, 2017 U.S.

Euthanasia isn’t the zoo’s only option.

The Oregon Zoo has a long, horrible history of mistreating their animals and claiming that the many deaths that have occurred there have stemmed from “unknown causes,” making their facility relatively infamous. One of their biggest—both literally and figuratively—attractions is Packy, the 54-year-old male Asian elephant that was born at the zoo in 1962 and is the oldest bull in North America. He has had a slew of health issues, the latest of which has the zoo wondering privately if he should be euthanized.

While euthanizing Packy may seem like the humane, logical thing to do, his own zookeepers and animal advocates that have observed his condition all say the same thing: Packy displays no sign of his current illness, which is a recurring round of tuberculosis, and does not appear to be suffering from the disease. The Oregon Zoo recently made the decision to take Packy off of his medication for TB because they determined that his particular strain was antibiotic-resistant, but they have admitted on Facebook that Packy has never shown signs of suffering from the disease. In response to a question about his health, the Oregon Zoo’s Facebook said,

“Now that he’s no longer taking harsh TB medications, his day-to-day quality of life has improved and he’s more comfortable. While Packy still has active TB and is very old, he’s eating better, exploring, and is active. Zoo veterinarians are consulting with outside experts to determine available options.” 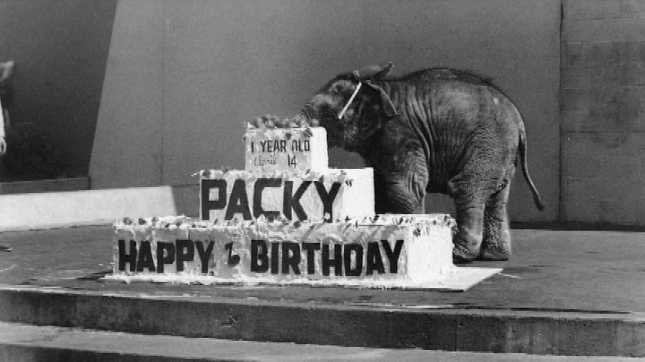 A leak in the meetings to discuss these options revealed the zoo’s serious considerations in killing Packy, who also has arthritis and takes medication for it. Those who care for the elephant on a daily basis were horrified at this news and decided to start a Facebook page called Team Packy that urges citizens to get involved in saving Packy’s life by discouraging the zoo from euthanizing him.

Expert  Toni Frohoff, Ph.D., Elephant Scientist for In Defense of Animals, explained that what would actually occur is “zoothanasia.” Euthanasia is the practice of humanely putting down an animal because of their individual suffering, but zoothanasia is when breeding zoos kill animals that are considered excess because they are costly and not contributing to the program. Packy’s age and his treatments certainly put him into this category of killing.

Packy has been tested monthly for quality-of-life and reportedly passes with flying colors each time. That being said, even if his health was declining, death is not the only option for the zoo to consider. For years, animal advocates and elephant sanctuaries have been calling on the Oregon Zoo to release Packy so he can live out the rest of his life in peace with proper care. The zoo has thus far refused to give him up, likely because they don’t want to admit that Packy would be better off in someone else’s care. 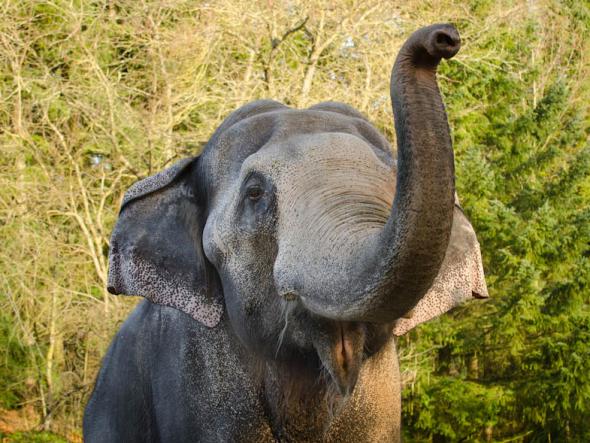 The elephant, like many other animals at the Oregon Zoo, have led troubled lives that many say is reason enough to close the zoo altogether. Packy himself was forced to mate with both of his sisters, who produced four children total. Three of the four children died within 6 months of birth, either because of lack of proper care or complications from inbreeding. He has been isolated for much of his life, and has been diagnosed with TB several times.

The keepers want all citizens to send an email to the zoo to voice their opinion against the euthanasia and Frohoff from In Defense of Animals said this in a media release:

“In Defense of Animals is demanding that the Oregon Zoo immediately produce Packy’s clinical veterinary records, which would detail his actual health status. The Zoo is responsible for providing Packy with the best quality of life for as long as possible, and the only way to ensure that is through complete transparency and accountability to the public.” He added, “His keepers are arguing that he is not suffering, protocols are in place, and the keepers have requested few reasonable modifications to keep him from infecting others. If Packy is not suffering, he should not be killed.”

If you would like to email the zoo about Packy, you can find the email list here.

This article (Zookeepers Plead With Oregon Zoo To Prevent Killing Of Packy The 54-Year-Old Elephant) is free and open source. You have permission to republish this article under a Creative Commons license with attribution to the author and True Activist.